Turkey wants in on FTA between EU and US 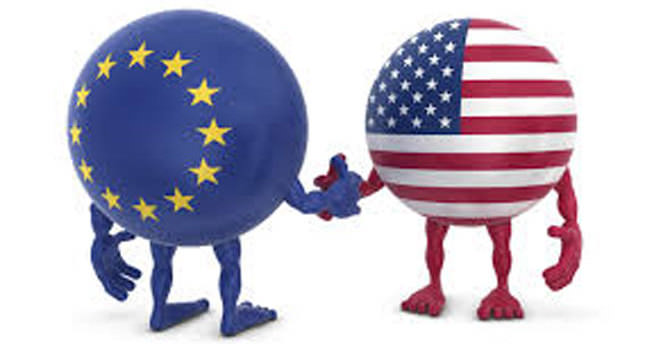 by Daily Sabah Jun 11, 2014 12:00 am
IStANBUL — Turkey needs to be included in the proposed free trade agreement between the EU and U.S., said Economy Minister Nihat Zeybekçi, adding that Turkey's exclusion from such a transatlantic commercial treaty was unacceptable. Turkish Minister of Economy Nihat Zeybekçi commented on the proposed free trade agreement (FTA) between the EU and U.S. currently undernegotiation and stated that Turkey would view any FTA excluding Turkey as untenable.

Speaking at the press conference held at the Economy Ministry on Monday, Zeybekçi noted that the negotiations have been ongoing since 1961 and the establishment of the customs union has been a long-term journey since 1996. "Turkey has benefitted from this union since 1996," said Zeybekçi and added that Turkey's economy has improved a great deal and is now capable of competing with various countries included in the EU. He also noted that the EU is about to undersign FTAs with more than 20 counties and added, "What is more important is the FTA agreement the EU will sign with the U.S., which is not a simple FTA, but a complete economic and political integration process. If this agreement is put into effect, it would change the whole economic map of the world." The minister added that Turkey has borne the brunt of negative impacts of other customs unions, but it would not be able tolerate the effects of the TTIP agreement between the EU and U.S. unless it is included, since it will also mean the end of the customs union.
RELATED TOPICS