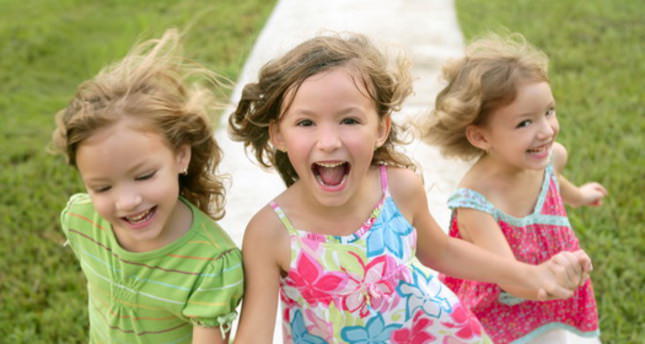 While Prime Minister Erdoğan has been calling families to have three children, Moody's remark that global growth will slow as populations age, not only in advanced economies, but also in emerging markets

Turkey's Prime Minister Recep Tayyip Erdoğan's call for "three children" is justifed by Moody's' last report. As populations age around the world, economies will be held back and growth trends will slow sharply in the next 20 years, the report forecast yesterday. The mismatch of old people to the numbers of people at work is no longer a shadow over only advanced economies; it now extends to emerging markets as well, a report by rating agency Moody's said.

This demographic time bomb, and related drop in household savings, could reduce the trend of annual growth worldwide by 0.4 percent by 2019, the agency warned. Between 2020 and 2025 the impact could be "much larger," amounting for 0.9 percent, it said. Erdoğan has been repeating his call to Turkish families to try and have at least three children, saying that although Turkey still has a young and dynamic population, it is slowly aging. "Presently, the whole western world is trying to cope with this problem. Please do not take our susceptibility lightly, this is a very serious issue," Erdoğan said. Analysing the impact of a major shift in the age demographics of workers around the world, the agency said that more than 60 percent of countries which feature in its credit ratings will be classified as ageing by next year, with more than seven percent of their populations aged over 65.

By 2020, it said, the number of "super- aged" societies, where more than a fifth of the population are 65 and older, will increase from three today to 13. By 2030, the number will reach 34. U.S.-based Moody's monitors the resilience of public finances and issues credit ratings for government debt bonds. When a population ages faster than it is replaced by people of working age who produce goods, services and wealth, the costs of providing for the aged can outstrip public and private resources available, over-stretching pensions systems, over-burdening public finances and pushing up interest rates on the bond market. In its report, which was based on a sample of 33 developed and 22 emerging market countries, Moody's concluded that ageing is no longer "just a developed-world problem," with a broad spectrum of countries affected. "Demographic transition, frequently considered a long-term problem, is upon us now and will significantly lower economic growth," said Elena Duggar, a senior vicepresident at the agency and one of the authors of the Moody's Investors Service report. "The demographic dividend that drove economic growth in the past will turn into a demographic tax that will ultimately slow this growth for most countries worldwide," the report added. The global working- age population will grow nearly half as fast in the years to 2030 as in the previous 15 years, increasing by only 13.6 percent, down from growth of 24.8 percent, Moody's estimated.

It said that all countries, with the exception of a handful in Africa, face either a declining working-age population, or a slower growth rate. The working-age population will fall by more than 10 percent in about 16 countries, including Germany, Russia, Ukraine and Japan, between now and 2030, the report said. The authors highlighted a number of policy areas in which governments can mitigate the impacts of an ageing society on the economy, such as by increasing the number of women and young people who are available for work, and by raising the retirement age. It said workplace innovation, higher productivity rates and "streamlined migration" could also help. "Innovation and technological progress that improve labour productivity and human capital can also dampen the effects of the rapid demographic changes on economic growth over the long term," the report said.
RELATED TOPICS