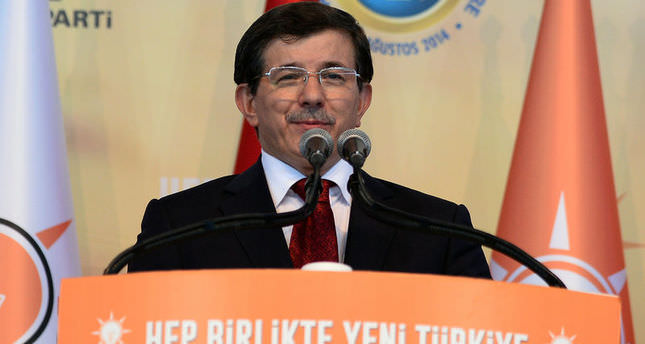 Ahmet Davutoğlu, the new prime minister, said he would stick to the former government's economic targets, but his economic vision is expected to open up a new economic era

Ahmet Davutoğlu, Turkey's former Minister of Foreign Affairs has taken the post of prime minister after President Recep Tayyip Erdoğan, whose ideology and projects during the last decade have helped Turkey evolve politically and economically. Although the new prime minister said he would remain loyal to the former government's medium and long-term economic targets, his economic vision is expected to open up a new economic era. During his speech at the Justice and Development Party's (AK Party) extraordinary convention to thank the delegates for his election, Davutoğlu revealed his economic agenda, which is mainly focused on consolidating gains of the past and enabling a second economic boom - the years between 2002 and 2008 being considered the first boom in Turkey.

In his speech, Davutoğlu highlighted that Turkey's economy, which used to be titled the "weak man" by the West, has become one of the most promising economies in the world. "Turkey will host the G20 economic summit in 2015, which shows the ground that Turkey's economy has covered in the last decade. Turkey managed to succeed with this progress thanks to circumspect, decisive and rational economic policies," Davutoğlu said. Comparing the current economic situation with 2001, Davutoğlu remarked that Turkish press and business circles used to pursue IMF officers who were visiting the country to hear about Turkey's economic outlook a decade ago. "However, today's Turkey made a clean break from the IMF and has paid off all its debts to the Fund," he said.

Davutoğlu went on to say that Turkey is on the verge of its second biggest leap. "Apart from the unutilized capacity, the second leap will be supplied by two main resources, leading two disadvantages. The source of Turkey's economic power is our people and region. We do not have large natural resources. There is also no one who gives us hundreds of millions of euros as seen in certain countries," he added. Davutoğlu underlined the need to develop human resources and value-added products. "We will raise the bar for the next education reform. No other economic power in the world is more important than human resources," he said. To increase the added value of the Turkish economy, Davutoğlu harbingered more comprehensive education reforms with large R&D investments. "We will benefit from our region. Turkey is a unique country with respect to its economic resources. No matter whether they run from Beijing though railways and arrive in Europe through highways, many transportation networks will salute Anatolia," Davutoğlu said.

He said that all energy corridors will pass through Anatolia like the Trans-Anatolian Natural Gas Pipeline Project (TANAP) that runs from Azerbaijan to the Caucasus and the transfer routes of north Iraqi oil and other natural gas resources. "We will introduce big agricultural reforms that will pave the way for more efficient agricultural methods. Qualified development will be possible when our people are fully-equipped to increase added value. I hope we will see the second leap together," he continued. Davutoğlu believes that no one can rule the country if it experiences a debt spiral. He is determined to improve the real economy while maintaining macroeconomic sustainability. "In the following years Turkey's production industry will be Afro-Eurasia's biggest production hub. Turkey will introduce new great initiatives to attract foreign investment to build upon the AK Party's 12-year experience," he continued. Davutoğlu stated that searching for new resources will be on the agenda. "Turkey currently ranks as the world's 17th and Europe's 6th largest economy. Without a doubt, we will spend days and nights to rank among the world's 10 largest economies by 2023.