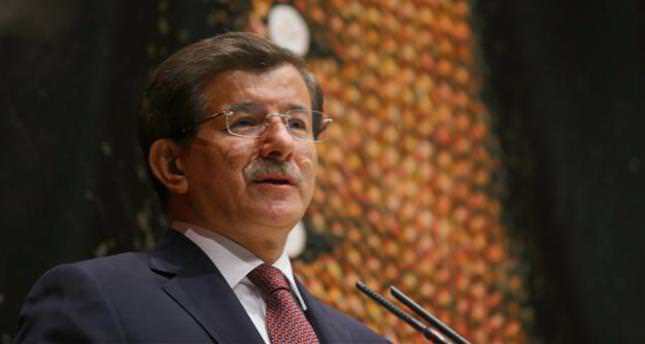 Speaking at a consultation meeting at the Union of Chambers and Commodity Exchanges of Turkey (TOBB), Prime Minister Ahmet Davutoğlu said, "The destroyed workplaces will be made even better than they had previously been at the shortest notice. We will ensure and consolidate public authority and public order in a way that cannot be interrupted again."

Emphasizing that they only address remarks to the nation in the reconciliation process, Davutoğlu continued, "With an integrated development strategy, we are resolved on ushering in a completely new era that will encapsulate the entirety of Turkey. In this development process, there will not be any distinction between Istanbul and Diyarbakır, Konya and Muş and İzmir and Van. With a common project, the whole of Turkey will be revived around the ideal of 'new Turkey.' As the pioneer of the rising global economy, Turkey will gain the reputation it deserves in the international arena. The steps that will be taken in accordance with the 2023 goals will never be sacrificed because of vandalism. The reflection of developing Turkey will be seen more evidently especially in eastern and southeastern Anatolian regions in the upcoming period. These two regions essentially constitute one of the richest regions of Eurasia in terms of the history of civilization, as well as being one of the important ones in terms of economy. All of the transportation lines and energy corridors that lead to the Mediterranean, the Caspian region, the Gulf and the Black Sea pass through our eastern and southeastern regions. This geography, at the same time, constitutes the center of the most ancient civilizations. The Kars-Tbilisi-Baku (railway line), the Baku-Tbilisi-Erzurum (pipeline) and the Baku-Tbilisi-Ceyhan (pipeline) and the Kirkuk-Yumurtalık (oil pipeline) ... All of these important energy and transportation corridors get to their destinations by passing through eastern and southeastern Anatolian regions, which are our lifeblood."

Davutoğlu continued his speech by drawing attention to those, either inside the country or outside it, who may want to make calculations regarding the eastern and southeastern regions, adding, "They may incline to destroy these regions' infrastructure with a provocative attitude and may try to prevent investments being made in these regions. They conduct acts of vandalism that can leave tourists in fear. They are engaged in destructive and subversive activities.

"We invest in the eastern and southeastern regions to make this a developing basin not only for Turkey but also for the regions around it. We will make this geography the center of a new civilization in a geopolitical zone which consists of the Mediterranean, the Black Sea, the Caspian region and the Persian Gulf on the one hand, and Caucasia, Mesopotamia and the Levant on the other."

Stating that he has dreams about all the provinces of Turkey, Davutoğlu verbalized his wishes regarding the economic and cultural development of all cities. He stated, "We are very concerned about the whole Anatolian geography so much so that we have dreams about them in the night and realize these dreams in the day time. They, however, vandalize in the day time and try to interrupt these dreams in the night. Therefore, when we set great goals ahead of us, they label us as day dreamers.

Davutoğlu also remarked that they would visit eastern and southeastern cities with all the government's ministers in the next months to assess the extent of the damage. "We will bind up the wounds and continue to move along our path. Those who beckon upon this chaos will see that there is a strong national will in Turkey. There is a government that has dreams for about every centimeter of this country and a nation that is determined to act with the government. As long as they see this, they will understand that their traps will not bear fruit."