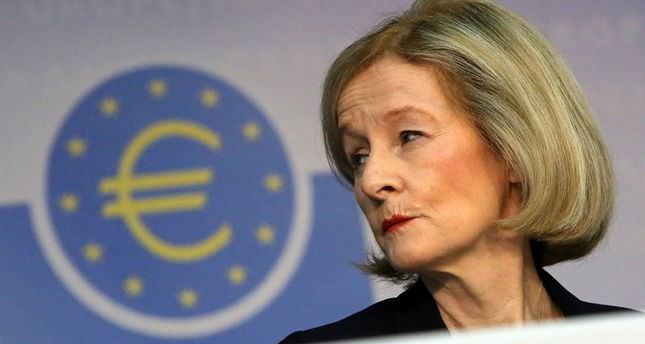 by Nov 04, 2014 12:00 am
The EU sharply cut its growth forecasts for the eurozone yesterday, warning that France and Italy remain huge problems for the sluggish European economy while calling for investment.

But Pierre Moscovici, the new commissioner for economic affairs, said the stakes could not be higher as a frustrated European population may "despair" of the EU project if leaders can't deliver growth and jobs.

While the figures show the eurozone economy avoiding a triple-dip recession for now, they will renew global concerns about its sluggish recovery from the euro debt crisis that nearly sank the single currency three years ago.

"The economic and employment situation is not improving fast enough," said Jyrki Katainen, the commission's vice president for jobs and growth in a statement announcing the bleak numbers.
Also haunting Europe is the danger of deflation, and while the commission believes prices will not fall outright, it said inflation will remain very low and also drag on growth.

The commission said inflation in the eurozone this year would sink to a "very low" 0.5 percent this year and rise only to 0.8 percent next year. Both forecasts are way off the European Central Bank target of just under two percent.

In its breakdown of all the EU member states, France and Italy stand out as the biggest problems for a struggling European economy. Those two countries are under huge pressure from the commission to cut back on government overspending and push through reforms that Rome and Paris have promised but largely failed to implement.

France's economy is predicted to grow by 0.3 percent this year, against an earlier forecast of 1.0 percent, and expand by 0.7 percent in 2015. But in a dire forecast, Brussels said the public deficit in France would surge to 4.5 percent of total GDP in 2015 and keep widening to 4.7 percent in 2016, making it the biggest in the eurozone.

These figures are way off the EU's limit on public deficits of 3.0 percent of output, and if left unaddressed could lead to the commission imposing humiliating penalties on the already fragile government of French President Francois Hollande.

Italy meanwhile will stay in recession for a third consecutive year with a contraction 0.4 percent, followed by 0.6 percent growth next year. Italy is also burdened with the EU's biggest mountain of government debt, and the commission expects this will remain more than double the EU's limit of 60 percent of output in the coming years.

Unemployment in the eurozone, already sky high in several crisis-hit countries, will remain a huge problem in the next few years, the commission said. Across the eurozone, the rate would slip to 10.2 percent in 2016, still above pre-crisis levels and with huge disparities across the bloc.

"There is no magic bullet, there is no simple answer," said Moscovici. "If during the five years to come there is no clear perception of clear will and strong action towards more growth and creation of jobs, people could despair of the European project," he said.