Hyundai-Kia to pay US $350M for overstating mpg 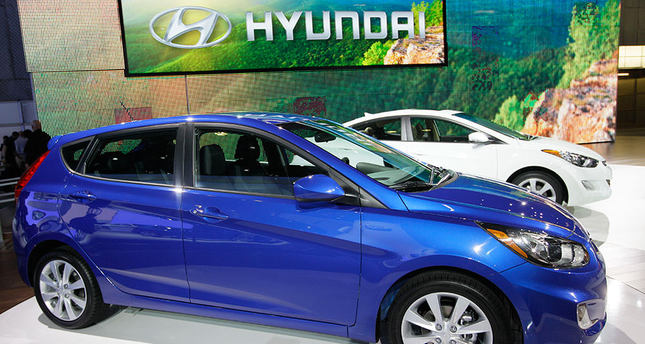 by Associated Press Nov 04, 2014 12:00 am
Korean automakers Hyundai and Kia will pay the U.S. government a $100 million civil penalty to end a two-year investigation into overstated gas mileage figures (miles per gallon – mpg) on window stickers on 1.2 million vehicles.

The penalty, which was announced on Monday by the Justice Department and the Environmental Protection Agency (EPA), is the first under new rules which are aimed at limiting the amount of heat-trapping gases that cars are allowed to emit. Those regulations are a cornerstone of President Barack Obama's plans to combat global warming and are achieved largely through improving vehicle fuel economy.

The payment could also serve as a precedent for other automakers who overstate mileage in violation of the Clean Air Act. Attorney General Eric Holder said it underscores the need for car companies to be honest about their compliance with emissions standards.

Under the settlement, Hyundai-Kia will forfeit greenhouse gas credits worth more than $200 million because the affected vehicles will emit about 4.75 million more metric tons of greenhouse gases than the automakers originally claimed. The credits could have been sold to other automakers who aren't meeting emissions standards.

Hyundai-Kia must also audit test results on current models, and set up an independent group to certify future test results, at a cost of around $50 million.

Officials said the misrepresentations put other car companies at a competitive disadvantage, especially since the fuel economy is seen as a critical factor which "consumers think about when they're going to buy a car," said EPA Administrator Gina McCarthy.

"This tilts the market in favor of those who don't play by the rules and it disadvantages those that actually do play by the rules," McCarthy told a news conference. "And that's simply not fair, and it's also not legal."

The companies, which are both owned by Hyundai and generally sell different versions of the same models, denied allegations that they violated the law. Hyundai blamed the inflated mileage on honest misinterpretation of the EPA's complex rules governing testing. Both companies said they are paying the penalties $56.8 million for Hyundai and $43.2 million for Kia to end the probe and potential litigation.

All automakers do their own mileage tests based on EPA guidelines, and the agency does audits to make sure they are accurate. In the past two years, the EPA has stepped up audits of automaker tests. Just two weeks ago, the agency told BMW to cut mileage estimates on four of its Mini Cooper models. Ford and Mercedes-Benz also had to cut numbers on their window stickers.

In November 2012, the EPA ordered Hyundai and Kia to redo the window stickers on cars that made up about one-third of their model lineup. Generally, gas mileage was overstated by one or two miles per gallon. But the EPA's tests found the highway mileage of one vehicle, the boxy Kia Soul, was 6 mpg too high. Both automakers started a program to reimburse automakers for the difference between their mileage tests and the EPA's lower numbers.

The EPA and Justice Department, in an agreement filed in federal court, said the automakers violated the law by using inaccurately low numbers to prove their compliance with emission standards. The government alleged Hyundai and Kia "chose favorable results rather than average results from a large number of tests."

But in a statement, Hyundai blamed the problem on the EPA's regulations.

The company said some EPA mileage tests are done on a dynamometer, which is a treadmill for cars. To calculate wind drag, friction in the engine and transmission, and tire rolling resistance, automakers do tests on a track, measuring how long it takes for cars to "coast down" to a stop. These tests yield a number that is programmed into the dynamometer.

Hyundai said automaker interpretations of the tests vary because regulations don't specify exactly how to do the tests.

"It was our regulatory interpretation within this broad latitude that was responsible for the ratings restatement," spokesman Jim Trainor said.

McCarthy, however, said that the automakers' protocol was "systemically flawed" and "inconsistent with normal engineering practices and inconsistent with how any other company has been doing this."

EPA officials said Hyundai also had to change its organizational structure to separate product and engine development from the people who do the mileage tests. The old structure had the same people doing both, an anomaly in the industry, the officials said.