Moody's: Turkish growth at risk due to external pressures 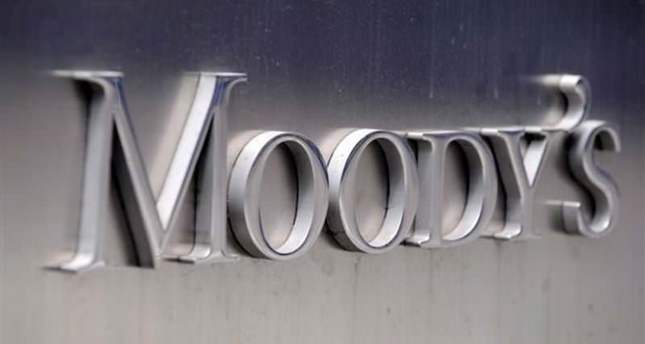 by daily sabah
Nov 05, 2014 12:00 am
A Moody's analyst said that Turkey's economy has great strengths, thanks to the country's large, dynamic, and diversified economy assisted by strong government finances.

The threat of outflow of foreign capital and geopolitical risks are among the significant external pressures on the Turkish economy, Moody's senior analyst Alpona Banerji said yesterday. "Turkey is one of the biggest economies in the world, positioned as a regional hub, with diverse trade linkages beyond its traditional markets in Europe."

Banerji stated that the country's fiscal strength is considerable. "General government debt has been reduced and is stable. The debt affordability metric was reduced to 8.6 percent in 2013 from 58 percent in 2011." She further added, "The composition of government debt has become more resilient through lengthened maturities and a reduced share of foreign-currency denominated liabilities."

Emphasizing that Turkey is largely dependent on domestic demand and less so on net exports, Banarji said, "Low and declining domestic savings, pressure on competitiveness and increasing energy imports have led to the widening of the current account deficit."

Moody's lowered the outlook for Turkey to "negative" from "stable" on April 11, 2014, while maintaining the country's "Baa3" rating.

"The rating outlook would go back to stable if Turkey's domestic and geopolitical tensions abated, investor confidence in the economy improved and pressure on the country's external finances eased," she added.

Senior analyst Irakli Pipia, comparing the Turkish banking sector with that of Russia, South Africa, India and Poland, said, "Turkey has the most conservative banking system among all of these countries. The country's three largest banks represent around 36 percent of total banking assets with comparatively equal pricing power."

According to Moody's, the Turkish banking system's funding structure exposes it to volatility in the external appetite for Turkish assets, which would weigh on banks' growth opportunities and hence profitability. This vulnerability is exacerbated by the banks' increasing credit activity in recent years, with balance-sheet growth outpacing internal capital generation, and a higher refinancing risk. However, Moody's notes that these risks are mitigated by robust capital cushions.

Pipia said that all Turkish banks meet the requirements of Basel III, the global regulatory standard on bank capital adequacy, stress testing and market liquidity risk, and many are in excess of the requirements.

"The introduction of these measures will improve the quality of capital and support more fast-paced growth. However, capital may become a constraining factor for smaller banks with larger banks benefiting from these regulatory changes."

Touching on Turkish infrastructure funding requirements Andrew Blease emphasized that significant funding requirements need access to international debt markets in order to create efficient capital structures, adding that the strongest candidates for international finance will be in the airport and seaport sectors. As a response to a question asking whether Turkey's rating would increase when the airport and seaport projects are completed, Blease said, "it is just like individual's credibility, if your assets rise, your rating will increase too. Turkey's ratings will be affected positively from the projects".

"Decreasing oil prices, a growing Turkish economy and weakening Turkish lira have provided a positive environment for the companies with high export rates. Turkey's exports to its top 20 export partners are on the rise as of today. Turkish companies with high export rates put their products on export markets by taking advantage of the weak lira and as a result became more competitive. The negative thing is the slowdown of trade partners' growth," Moody's Senior Credit Officer Martin Kohlhase remarked. "Growth is continuing to slow down in the eurozone, especially in Germany, France, Italy and China. The Iraq crisis can affect Turkey's economy in a negative way. The companies that we rate can also be negatively affected by this situation." In addition to stating that the weakening lira can be evaluated negatively by companies dependent on imports, Kohlhase emphasized that geopolitical risks were also important in corporate risk evaluation.