Turkey’s term on the IMF Board commences 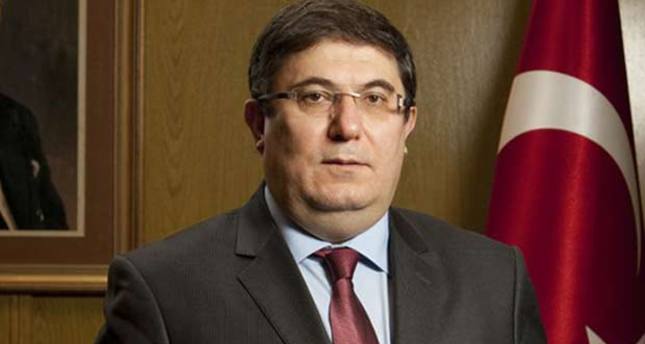 by daily sabah
Nov 05, 2014 12:00 am
The former Undersecretary of Treasury İbrahim Çanakçı will now act as an executive director at the IMF's Middle and Eastern Europe Execution Office, which represents 8 countries including Turkey. Çanakçı has taken over the duty from his Austrian counterpart, Johann Prader and participated in his first board meeting as the executive director. G20 countries agreed on a comprehensive IMF quota and management reform in the meeting held in October 2010 in South Korea. It was stated that the representation power of member states on the Executive Director's Board and their effect on the decision making process of the IMF are determined according to such quotas, with harsh criticism asserting that especially developing countries are underrepresented in the fund. Afterwards, the decision of the IMF Governors' Board for IMF Quotas and Management Reforms was passed on Dec. 15, 2010. The main articles were amended for two chairs representing developed European countries at the Board of Executive Directors meeting which issued a transfer to developing countries and an election of executive directors.

Turkey's presence in the IMF increased with the quota and management reform in 2010 and for the first time it has been represented at the top level - the Executive Board of the IMF. Çanakçı, who was the Undersecretary of Treasury for 11 years, will now act as an Executive Director of the IMF between 2014 and 2016. The Board of Executive Directors resides at IMF headquarters located in U.S. capital, Washington and acts as the main management organ of the IMF directing and determining various steps and works related to the global economy such as financing of countries and proposing economic policies. A total of 188 member countries are represented by 24 Executive Directors at the IMF.