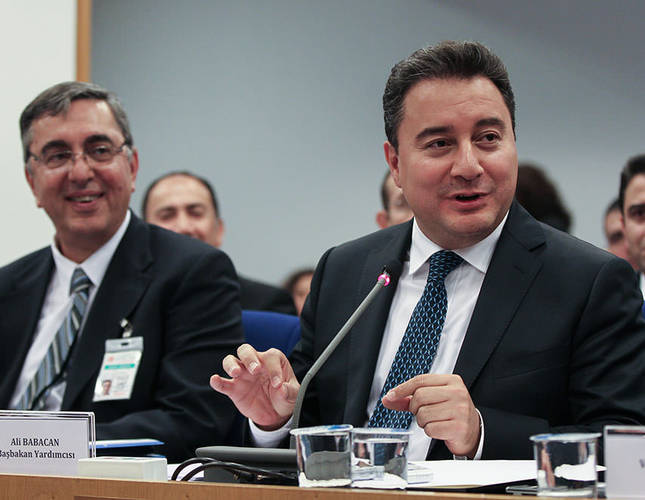 by Daily Sabah Nov 07, 2014 12:00 am
The Deputy Prime Minister in charge of Economic Affairs, Ali Babacan, said on Friday that a rise in natural gas or electric prices is not foreseen until the summer of 2015.

Babacan gave an interview to A Haber TV channel and made significant remarks regarding Turkey's economic outlook.

Stating that the nine percent increase does not cover Turkish gas distribution company BOTAŞ's losses, Babacan said that a revision on gas prices can be made in 2015, considering the downward trend in oil prices in the last two months.

Each $10 fall in oil prices decreases Turkey's current account deficit by $4.4 billion, which is 0.5 percent of Turkish GDP, Babacan said.

Emphasizing the need for structural reforms in the Turkish economy in order to increase the pace of growth, Babacan said that the recently unveiled 10th Development Plan, called Structural Transformation for Strong and Balanced Growth, covers 25 transformation programs and 417 actions.

Answering the criticisms regarding the lack of inflation policy in the Plan, Babacan responded that the Plan is focused on structural reforms which aim to increase productivity, reach higher technologies and achieve a sustainable and solid fiscal structure.