Estonia aims to be e-superpower 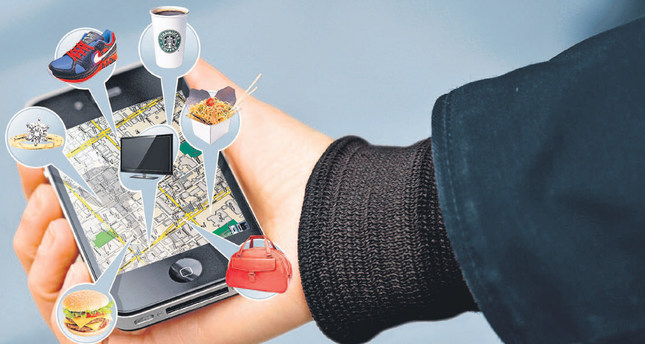 by French Press Agency - AFP
Nov 09, 2014 12:00 am
The small Baltic country of Estonia hopes digital innovation will turn it into a global superpower in e-commerce by offering foreigners e-residency IDs and opening the door to doing business online throughout the EU

Estonia says it is the first country to offer e-residency identification cards to people worldwide, and the novel venture dubbed "10 million Estonians" is set to take effect in December. "Estonia has reached the limit of growth that can be achieved through savings and efficiency, so in order to keep our country growing, we need to increase the client base with global companies that are connected to the Estonian economy," said Taavi Kotka, a former IT entrepreneur now chief information officer for the EU and eurozone member state."We can offer them a hassle-free business and administrative environment and a foothold in the EU," he told AFP, explaining the opportunities outlined on Estonia's e-residency website. In theory, anyone could apply for e-residency, and for the equivalent of 50 euros, obtain an Estonian digital ID card providing access to a multitude of government and private sector e-services that slash the cost of doing business - without conferring citizenship rights. Arne Ansper, a cyber-security expert with the Tallinn-based Cybernetica IT company, describes the e-residency ID card as "a tool for secure and legally binding online communication with other parties."

Entrepreneurs from China, India or Saudi Arabia could use e-residency to set up shop in Estonia and do business anywhere in the 28-nation EU via the Internet, Kotka said. All transactions can be done remotely using digital signature, he added. Although the European Union recognizes digital signature, most states in the bloc currently do not have a reliable service. So far, nearly 10,000 people have expressed interest in acquiring e-residency, with roughly a third hailing from the United States, followed by Finns, Russians, Britons, Canadians, Indians and Bangladeshis among others. The first IDs are expected to be issued by year's end. Initially, around 7,600 companies with a majority share of foreign capital already operating in Estonia stand to benefit the most. These businesses generate around 60 percent of Estonia's exports and 36 percent of employment. According to Indrek Kasela, a partner at private equity fund Amber Trust, doing business the old fashioned way does not come cheap. "Up to now this has cost our companies tens of thousands of euros a year in travel, legal fees, courier costs and time. E-residency would allow us to handle all administrative work online," he told AFP.

Digital IDs are not new to Estonia. Many of the 1.3 million Estonians have embraced using a digital ID for a wide range of government services since 2002. Ninety-five percent of Estonians file their taxes online and the digital signature facility has been used more than 180 million times to endorse everything from bank transactions to contracts. Estonians can also vote online or start up a company with a few mouse clicks and keystrokes within the space of an hour. A range of features has been put in place to ensure security and transparency, including hard-to-crack 2048-bit encryption and so-called X-road-enabled systems requiring two PINs to complete a transaction. Estonian officials maintain that so far, the system has not been hacked or abused. To apply for e-residency, an individual needs to explain their connection to Estonia or substantiate their interest in using its digital services. Initially an applicant must come to Estonia in person to provide biometric data like fingerprints to the police and border guards, but plans call for embassies to process applications - possibly next year. Interior Ministry spokesman Mihkel Loide admitted that while "e-residency itself will not create new risks but may, indeed, amplify the existing ones, such as digital fraud and other cyber-crimes."