Warren Buffett's Berkshire buying Duracell from P&G in $3B deal 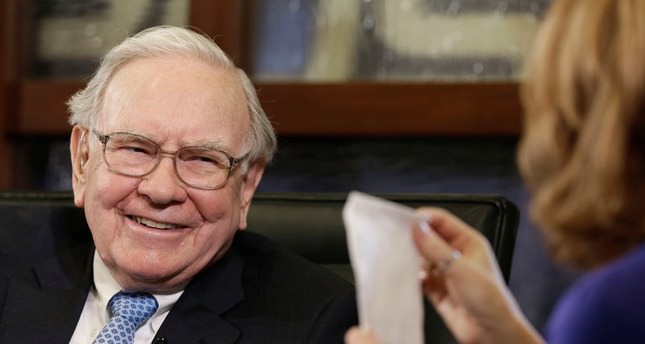 P&G, the world's biggest consumer products maker, had announced last month that it wanted to make Duracell a stand-alone company. P&G, which acquired Duracell in 2005, said at the time that it preferred a spinoff of Duracell, but that it was considering a sale or other options.

The sale of Duracell to Omaha, Nebraska-based Berkshire Hathaway turned out to be slightly different from P&G's initial plans.

P&G will receive shares of its own stock that are currently held by Berkshire Hathaway. Those shares are currently valued at about $4.7 billion. Offsetting part of that price, P&G will contribute about $1.7 billion to the Duracell business before the deal closes.

"I have always been impressed by Duracell, as a consumer and as a long-term investor in P&G and Gillette," Buffett said in a statement on Thursday.

P&G, whose products include Tide detergent and Pampers diapers, has been trimming its product lineup to focus on its top performers. After it finishes jettisoning more than half its brands around the globe over the next year or two, P&G has said that it will be left with about 70 to 80 brands.

88 cents, or Berkshire has been a significant P&G shareholder since the consumer products firm acquired Gillette in 2005, but the Duracell acquisition will use nearly all of Berkshire's 52.48 million shares.

Buffett is always looking for acquisitions to help his conglomerate grow, but this deal won't use up any of the $62.4 billion cash Berkshire held at the end of the third quarter. He favors easy-to-understand businesses that have a strong competitive advantage.

Berkshire already owns a number of well-known consumer brands in its portfolio of more than 80 businesses, including Fruit of the Loom, Geico insurance, Helzberg Diamonds and half of the H.J. Heinz Co.

Cincinnati-based P&G said it will take a charge of about 28 cents per share in its current quarter related to the Duracell deal.

The transaction is expected to close in the second half of 2015.

Shares of P&G shed 80 cents to $88.68 in premarket trading shortly before the market open.