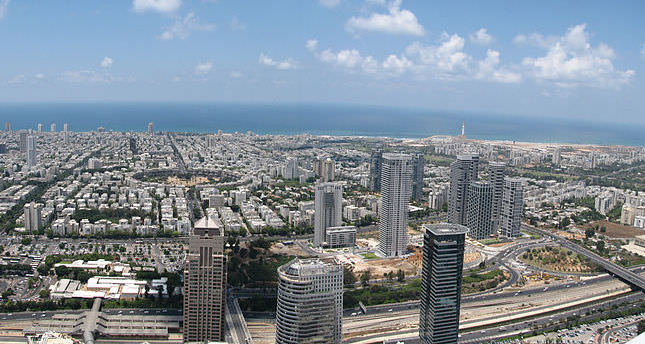 by Daily Sabah with Agencies Nov 17, 2014 12:00 am
Israel's economy contracted for the first time in more than five years in the third quarter, as growth was hit by the effects of the Israeli military occupation of the Gaza Strip. Some experts say the overall costs of the occupation might reach 4 billion to 5 billion Israeli shekels ($1.1 billion to $1.4 billion).

Gross domestic product fell 0.4 percent in the July-September period, the Central Bureau of Statistics said on Sunday. It was the first quarterly decline since a 0.2 percent drop in the first three months of 2009, at the outset of the global financial crisis. Third-quarter GDP was forecast to have dipped 0.1 percent, according to a Reuters poll of analysts. The Bank of Israel had previously said growth in the quarter was likely to be zero or negative, due to the money spent on the Gaza incursion.

To offset the expected weakening of economic growth, coupled with a shift to deflation, the central bank had lowered its benchmark interest rate by a combined half-point in July and August to an all-time low of 0.25 percent. Policymakers left the key rate unchanged at their two subsequent meetings. Excluding public sector spending, the economy contracted 1.4 percent in the third quarter. On Friday, the bureau said Israel's annual inflation rate held steady at -0.3 percent in October. Israel moved into deflation in September for the first time since 2007.