Turkey gov’t budget deficit at $6.7B 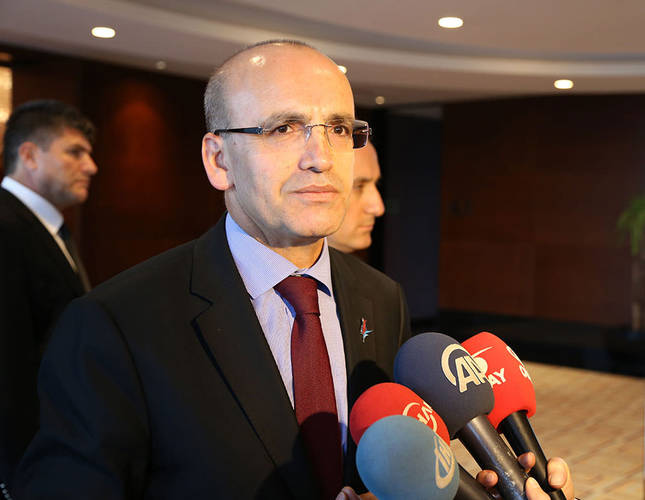 "The number shows that the country will comfortably reach its target regarding the deficit," Şimşek said.

According to the ministry, Turkey ran a budget deficit of TL 3 billion in October while Turkey's budget deficit for the same period in 2013 stood at TL 7.6 billion.

"Despite the financial volatility, geopolitical tensions and weak trends in the global economy, the country's performance in the budget deficit target was undeniably a success on a global scale," Şimşek added.

According to the Finance Ministry, Turkey's government budget revenues reached TL 347.7 billion in the first 10 months of 2014, with an 8.6 percent increase compared to the same period of 2013.

Budget expenditures for the same period rose to TL 362.6 billion with a 10.6 percent increase year-on-year.

Turkey's Finance Ministry has estimated budget expenses for the 2014 fiscal year will reach TL 436.4 billion, while budget income for 2014 is estimated to reach TL 403.2 billion, resulting in a budget deficit of TL 33.3 billion.