Turkey wastes $10B on fake products 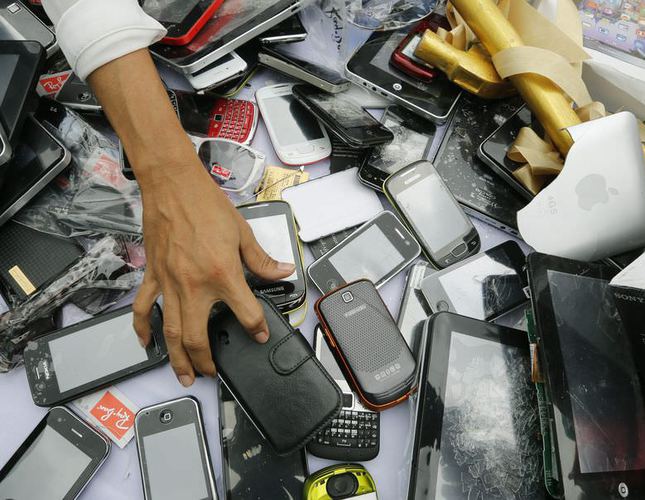 by daily sabah
Nov 17, 2014 12:00 am
The Brand Protection Group (MKG), which has a mission to fight illicit trade and forgery and increase awareness about trademark rights, announced that the increase in the trade of illegal and counterfeit products was worrying. The spokesman for MKG, Dr. Ali Ercan Özgür underlined the fact that piracy and counterfeit products are causing billions of dollars of losses to the world's economy as proven by the Illicit Trade Report for 2013 issued by the World Customs Organization, highlighting the issue is now a global problem. Özgür stated that according to the data announced by the Business Action to Stop Counterfeiting and Piracy (BASCAP), the volume of counterfeit product trade has reached around $10.8 billion in Turkey along with millions of lost Turkish lira of tax income.

Özgür stated that the Illicit Trade Report for 2013 of the World Customs Organization compares the current data with the 2012 data aiming to evaluate the latest trends in illicit trade. Accordingly, fake pills account for more than half of the seized illegal goods, followed by electronic products and food products. While the counterfeit goods constantly diversify and the market is growing and becoming more complex; there is an increase in the number of seized cigarettes and other illegal tobacco products.

Evasion of Private Consumption Tax caused by smuggled fuel is around TL 5 billion ($2.24 billion) and cigarettes are around TL 5.5 billion. Özgür also pointed out that such counterfeit goods also impose risks for the health of consumers; threaten certain investments and also damage the economy.

"In order to fight illicit trade, many institutions should cooperate. Along with law enforcement forces, factors that facilitate illicit trade should also be eliminated. The fines and penalties should be more dissuasive and intellectual property rights should be better protected by customs. Registrations and labeling rules that are not in line with the norms of the EU on fake, counterfeit and smuggles goods should immediately be amended to be in conformity with European standards," said Özgür. He also underlined the importance of avoiding from standardization of brands and product packages. Another method for fighting illicit trade according to Özgür was to focus on activities and lawsuit processes for the destruction of seized illegal goods. "There are steps taken in this respect such as increasing the minimum prison time to three years for offenders that smuggle alcohol, cigarettes and oil. Furthermore, we are very pleased with the announcement made by our Prime Minister Ahmet Davutoğlu that the government is initiating a series of attempts to minimize the informal economy. We believe such developments should continue increasingly in order for Turkey to be one of the ten largest economies of the world."