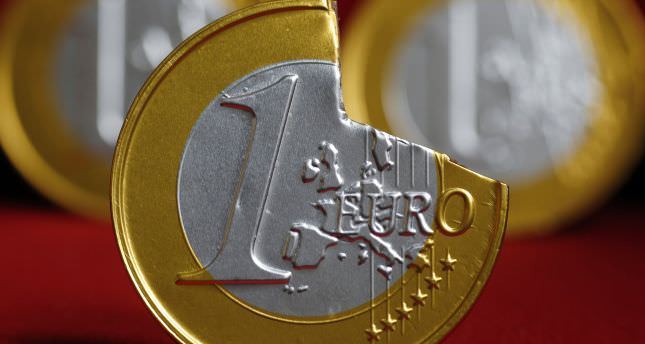 When European Union leaders meet on Dec. 18-19 under new management, they have a chance to launch a joint assault on the economic stagnation and high unemployment to revive Europe’s stalled economy

The 18-nation euro zone is struggling to pull out of the aftermath of its debt crisis, aggravated by the economic impact of a standoff with Russia over Ukraine. Inflation and growth are hovering below 1 percent while unemployment is stuck at 11.5 percent, and more than double that level in Spain and Greece. Even EU powerhouse Germany has hit a slowdown.

France's economy is flatlining, Italy's has fallen back into recession and both countries are failing to cut their budget deficits and debt in line with EU rules, causing tension with Brussels and Berlin. "Without jobs and growth, the European idea itself is in danger," outgoing European Council President Herman Van Rompuy said last week. His successor, Poland's Donald Tusk, will have the task of trying to forge a summit agreement on a new economic policy mix.

European Central Bank President Mario Draghi set out the agenda for what might become a New Deal for Europe in a speech to global central bankers in Jackson Hole, Wyoming, in August. He called for a combination of national budget measures to boost demand, greater EU public investment and growth-friendly structural economic reforms alongside the ECB's monetary stimulus.

Draghi highlighted the scale of the challenge on Friday, painting a gloomy outlook and promising to act "as fast as possible" to combat worryingly low inflation. Yet despite a show of unity this month, he is struggling to overcome opposition led by German Bundesbank chief Jens Weidmann to bolder measures such as buying government bonds, known as quantitative easing.

"What Draghi needs is an ambitious agreement at the summit on investment, a commitment to coordinated economic reforms and stronger fiscal rules, to give him political cover to move to quantitative easing," a senior EU official said, referring to the policy of large-scale asset purchases by the central bank. "But there is a risk that the summit will be a let-down." New European Commission President Jean-Claude Juncker has promised a 300 billion euro ($376 billion) investment programme on public works such as transport, energy and digital networks. But it is expected to involve largely recycling existing EU budget and European Investment Bank funds with little if any new public money.

French Economy Minister Emmanuel Macron said last week that an investment programme based on "fake money" without at least 80 billion euros in new "real money" would risk disappointing. Germany, aiming to balance its budget, has rebuffed calls to stimulate domestic demand and made only a token gesture towards more investment in public infrastructure, promising a paltry extra 10 billion euros over three years. At the same time, France and Italy, the euro zone's troubled second and third economies, are balking at going beyond half-measures to shake up rigid labour markets and open up to more competition.

Barring a last-minute surprise, EU leaders are heading for a hollow agreement that won't fundamentally change a set of economic policies that has failed to reignite growth so far.

"The architecture of the euro zone doesn't make it easy to provide the radical policy solutions that depression requires," said Nicholas Crafts, professor of economic history at the University of Warwick. "I can't see supply side reforms delivering enough in the short term to help. That means the ECB, a fair weather central bank, is going to be tested in a storm." Domestic constraints, divergent economic philosophies and mutual mistrust make a disappointing summit outcome likely.

German Chancellor Angela Merkel is convinced Europe cannot grow its way out of crisis on borrowed money and thinks France and Italy are falling short on economic reforms. One hope may lie in a Franco-German study to be presented this week (Nov. 29) identifying priorities for structural reforms and public investment in both countries. Paris and Berlin may yet take recommendations by economists Jean Pisani-Ferry and Henrik Enderlein as the basis of a grand bargain matching more French reform with more German investment. Otherwise, the job will again be left to the ECB. But as Draghi warned in his Jackson Hole speech: "No amount of fiscal or monetary accommodation ... can compensate for the necessary structural reforms in the euro area."