US revises growth to 3.9 percent 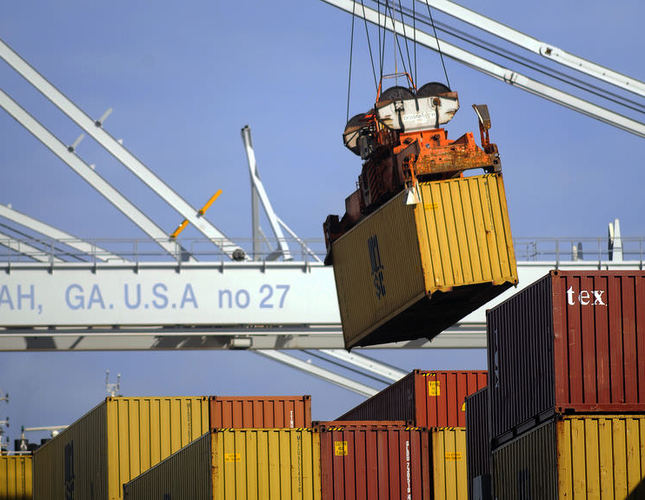 by reuters
Nov 25, 2014 12:00 am
U.S. economic growth was far stronger than initially thought in the third quarter, indicating strengthening fundamentals that should support the economy for the rest of the year.

The Commerce Department raised its estimate of gross domestic product on Tuesday to a 3.9 percent annual pace from the 3.5 percent rate reported last month, reflecting upward revisions to business and consumer spending, as well as restocking.

Economists had expected that growth would be trimmed to a 3.3 percent pace.

"This report will go some way in providing further confirmation about the sustainability of the current economic recovery," said Millan Mulraine, deputy chief economist at TD Securities in New York.

The economy had expanded at a 4.6 percent rate in the second quarter. It has now experienced the two strongest back-to-back quarters of growth since the second half of 2003.

When measured from the income side, the economy grew at its fastest pace since the first quarter of 2012.

U.S. stock futures edged up and the dollar rose to session highs against the euro after the data. Prices for the U.S. Treasuries erased slight gains.

The third quarter marked the fourth out of the past five quarters that the economy has expanded above a 3.5 percent pace.

Data ranging from manufacturing to employment and retail sales suggest the economy retained some of that momentum early in the fourth quarter. Growth estimates for the final three months of the year are running a bit below a 3.0 percent rate.

The United States remains a bright spot in an increasingly gloomy global economy, with Japan back in recession and growth in the euro zone and China slowing significantly.

The brisk economic growth pace also could boost expectations the Federal Reserve will start raising its short-term interest rate sometime in mid-2015. The U.S. central bank has kept its benchmark lending rate near zero since December 2008.

Underscoring the economy's firming fundamentals, growth in domestic demand was revised up to a 3.2 percent pace in the third quarter instead of the previously reported 2.7 percent pace.

Consumer spending, which accounts for more than two-thirds of U.S. economic activity, grew at a 2.2 percent pace instead of the previously reported 1.8 percent rate.

Growth in business investment was raised to a 7.1 percent pace from a 5.5 percent rate, with a stronger pace of spending on equipment than previously thought accounting for the bulk of the revision.

Businesses accumulated $79.1 billion worth of inventories in the third quarter, rather than the previously reported $62.8 billion. Inventories, however, could weigh on growth in the final three months of the year.

Government spending also was cut, as outlays at state and local governments were not as strong as previously reported.