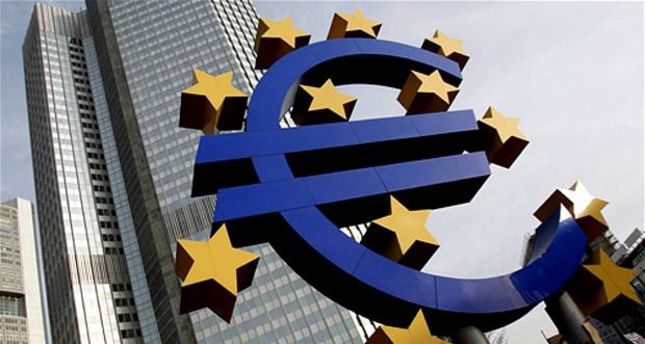 by French Press Agency - AFP
Nov 26, 2014 12:00 am
The weak eurozone economy poses a key threat to global growth, the OECD warned yesterday, urging more flexibility in fiscal rules for struggling EU members like France and Italy to prevent another recession. Forcing the two major European economies to meet the EU's tough deficit criteria "would likely depress activity further and even risk tipping the euro area into another recession," it said. France and Italy's "slower pace of structural fiscal adjustment ... proposed in their 2015 budget plans seems appropriate," said the Organisation for Economic Co-operation and Development, which provides economic analysis and advice to its 34 industrialized members. Its assessment came as an EU source said the commission would give the two countries until the spring to implement tough reforms, delaying a final verdict on national overspending originally set for this week.

The commission was expected to deliver detailed opinions next Thursday or Friday, but will now only give an initial verdict without getting into next steps, the EU source said. The decision, to be approved by the commission later Tuesday, risks angering an impatient Germany, frustrated with the slow pace of reform in Paris and Rome. Last month, France and Italy barely avoided having their budgets humiliatingly sent back for serious breaches. France is set for a deficit of 4.3 percent of GDP in 2015, way above the EU ceiling of three percent, while Italy's slow pace of structural reforms to reduce its massive debt of 133.4 percent - more than double the EU ceiling - was under scrutiny. According to the plans, the commission will divide eurozone countries into groups, with France and Italy, but also Spain and Portugal, identified as non-compliant of the EU's budgetary rules. Tensions have been running particularly high between Berlin, which has preached fiscal discipline, and Paris, which is not only running a budget deficit but also urging more stimulus spending. But the OECD in its semi-annual report appeared to side with Paris and Rome, urging the eurozone to "slow down structural budget consolidation relative to previous plans to reduce the drag on growth." Unveiling the report Tuesday, OECD chief economist Catherine Mann questioned whether Berlin could take the high ground on reforms, saying, "Neither France nor Germany have done much in terms of structural reforms." The OECD also called for further stimulus in the European single currency zone to prop up growth, although in Britain and the United States, policymakers can afford to pull back on such programs next year. "The euro area is grinding to a standstill and poses a major risk to world growth, as unemployment remains high and inflation persistently far from target," Mann said in the report. The OECD lowered its forecast for global growth this year by a tenth of a percentage point to 3.3 percent. For 2015 it cut the forecast by two tenths of a point to 3.7 percent growth.

The OECD left in place its forecast for the 18-nation eurozone to expand by 0.8 percent this year and by 1.1 percent in 2015. "Growth is set to be stronger in the United States and the United Kingdom than in the euro area and Japan," the report said, adding that unemployment "will remain particularly high in the euro area." Among the emerging economies, "growth will edge down in China, remain weak in Russia and Brazil, but will recover steadily in India, Indonesia and South Africa," it said. "This macroeconomic prognosis leaves us with a keen need for both continued supportive macroeconomic policy, as well as tailored structural reforms to raise both demand and supply throughout the global economy," it said. Global concerns have mounted about the health of the eurozone just two years after the European Union said that the debt crisis which started in 2009 was over.