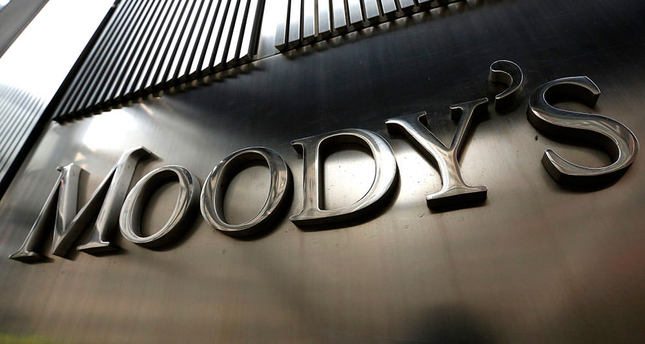 by Daily Sabah with AA Nov 26, 2014 12:00 am
Moody's announced its projection for Turkey's 2015 GDP growth as 2.8 percent, which is far below the government's goal of 4 percent announced within the Medium Term Program.

Senior Moody's Analyst Alpona Banerji gave an interview to an Anadolu Agency correspondent and stated that, considered the dependency of Turkey's growth on foreign financing, the U.S. Federal Reserve's policies and possible increase on interest rates would be likely to increase the fragility of developing countries including Turkey.

Banerji stated that the upcoming elections in 2015 would also hamper the support for growth and realizing structural reforms.

The Organisation for Economic Cooperation and Development (OECD) announced Turkey's growth forecast for 2015 as 3.2 percent on Tuesday.

Moody's is expected to announce its credit rating and outlook for Turkey on December 5.