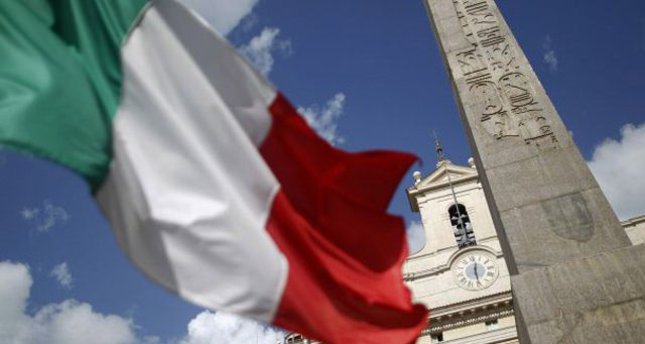 by Associated Press
Nov 28, 2014 12:00 am
The European Union head office is opting not to sanction two of its biggest economies just yet for missing public finance targets and instead will give France and Italy until the spring to come up with better plans to cut their debts and deficits. Paris and Rome have been accused of being too profligate in their budgetary spending projects at a time when the EU and the 18-country eurozone have been advocating strict austerity as the best way to get their public finances into shape. "We will decide in early March whether any further steps are necessary," said EU Economic and Financial Affairs Commissioner Pierre Moscovici. France could have faced a hefty fine while Italy would have been forced into further budget changes and closer supervision from Brussels if the Commission had acted immediately. The Commission insisted the extension would not allow laggard countries to get away with wayward spending and that they had to push through changes. "All possibilities, all procedures are open" when the EU makes its assessment in March, Moscovici said.

Since eurozone nations are tied through their currency there is a need for overall controls since wayward economic policies in one nation could pull the whole currency zone down. Beyond France and Italy, the Commission also has serious criticism of Belgium's budget plans. The speed with which countries should bring their budget deficits down is a matter of debate in Europe. Some policymakers think spending shouldn't be cut too quickly in order to not hurt growth. Even Germany, Europe's largest economy, came in for criticism as it was deemed too hesitant in boosting public spending despite favorable financial circumstances. If only countries like France and Italy had such options. Emblematic of the difficulties it faces, Italy on Friday reported that unemployment rose to a record high of 13.2 percent in October, up 0.3 percentage points from the previous month. Though the Italian budget will respect the EU deficit limit of 3 percent of GDP, its overall debt is extremely high and Rome has said it will delay balancing the budget until 2017. France has a 21 billion-euro ($33 billion) cost-cutting plan for next year and announced an extra 3.6 billion euros on Monday to appease the EU head office. Even then, the country is expected to see a deficit of 4.3 percent of GDP next year. The EU head office is under heavy pressure to enforce the rules, especially when two of the larger euro economies threaten to flout them. Working with a strict austerity template, it wants to keep member states from building up huge debts of the kind that plunged the region into a crisis five years ago.