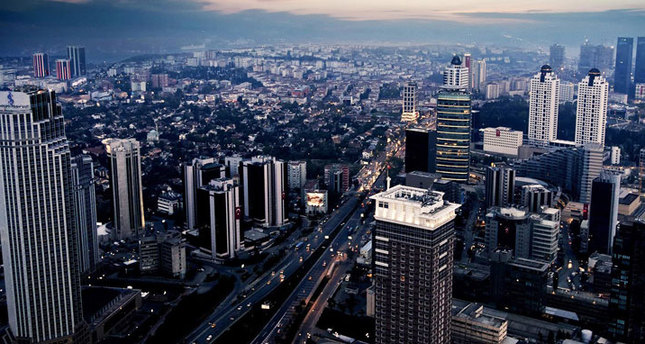 The World Bank released a new report on Turkey stressing the transitions on integration, inclusion and institutions that have put Turkey on the cusp of emerging as a high-income country

A new World Bank report on Turkey referred to Turkey's solid economic performance over the past decade as "a source of inspiration" for many emerging markets, and stated that it offers valuable lessons for their policy makers. The report said "Turkey is now on the cusp of emerging as a high-income country" and claimed that it is poised to become the 12th largest economy in the world by 2060.

The report analyzes Turkey's progress to the threshold of high income, and finds that this progress has three fundamental sources, which are: successful integration with the world economy based on the anchor provided by trade relations with Europe; solid public finances in the wake of the 2001 crisis, which have allowed the country to move from debt service to public service, and; a dynamic private sector buoyed by broadly market-friendly policies. The report stated that despite these achievements, the transition to high income status is not completed yet. Reform of economic institutions is called for as the country needs to create a playing field that encourages innovation and investment, and thus allows the country to shift to a new growth model and "escape" from middle income.

The report claimed that "integration and inclusion" have dominated the country's economic development over the past three decades. According to the organization's report "Turkey's Transitions: Integration, Inclusion, Institutions," released yesterday, steady growth over the past 30 years has brought the country to the threshold of becoming a high-income economy. "Prosperity has been broadly shared across income groups in the society, and the size of the middle-class was doubled," the report claims.

Turkey's Transitions: Integration, Inclusion, Institutions report offers a multifaceted look at a country in transition - providing in-depth analysis of lessons from Turkey's ongoing transition toward high-income status for policy makers - both inside and outside of the country. "Turkey is undergoing multiple transitions en route to a high-income economy, some more advanced than others," World Bank director for Turkey, Martin Raiser, said. "We hope Turkey's experience inspires policy makers in other emerging markets to aim for high-income status. And we hope that by drawing up a balance sheet of Turkey's achievements and challenges, this report will also inspire Turkey's policy makers to redouble their own reform efforts and lift their country into the ranks of advanced high-income economies. That would make the lessons from Turkey's development experience all the more convincing for other countries," Martin added.

"With a per capita income of around $10,500, Turkey is just a few years away from crossing the threshold of becoming a high-income economy, if past growth rates are sustained," Laura Tuck, World Bank vice president for Europe and Central Asia said. Turkey's average annual growth rate was 4.5 percent between 1960 and 2012 and the share of the country's middle-class increased from 18 percent to 41 percent of the population between 1993 and 2010, according to the bank.