Japan to boost economy with $29B worth anti-recession package 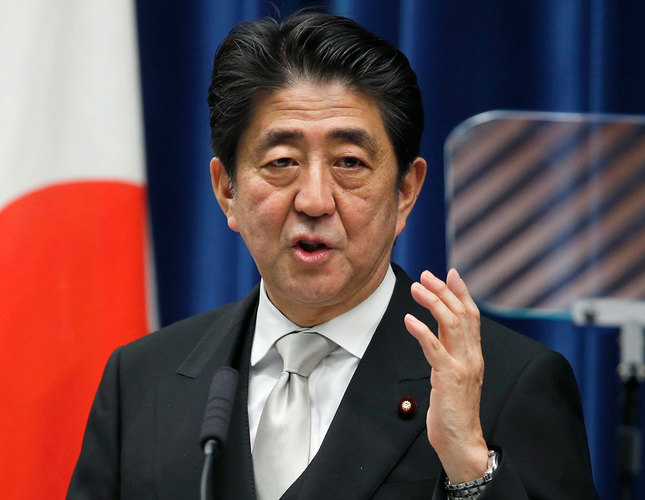 The package will allocate 1.2 trillion yen for support of small and medium-sized companies and measures to bolster consumer spending, while 600 billion yen will be earmarked for local communities.

The remaining 1.7 trillion yen will be spent on disaster prevention and the recovery of the disaster-hit regions of north-eastern Japan, which were devastated by the earthquake and tsunami in March 2011.

The government will also provide subsidies to local governments facing stagnation and depopulation. The subsidies will be used to issue merchandise coupons, complement fuel expenses and implement measures to encourage more people to relocate to provincial areas.

Abe's government will also boost public works projects in outlying regions, which it sees as having an immediate effect on the economy.

Abe, who on Wednesday was sworn in for a third term, vowed to reinvigorate local economies prior to nationwide local elections next spring.

It is expected to spur the country's real gross domestic product by about 0.7 percentage points, the government said.

"We will spread the favorable effects of Abenomics across the nation" by implementing the stimulus, Abe told a government panel meeting earlier Saturday.

Critics say the package is likely to have only limited impact on the world's third-largest economy, which slipped into recession after a hike in the sales tax in April to 8 per cent from 5 per cent.

Japan's industrial production fell a seasonally adjusted 0.6 per cent in November from the previous month for the first fall in three months, while household income declined year-on-year for 14 months in a row and household spending also dropped for the eighth consecutive month after the tax increase in April.