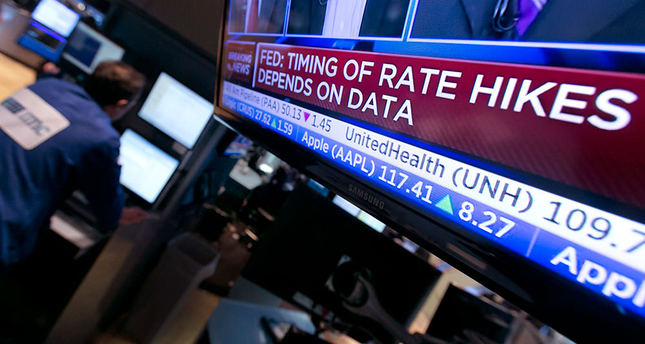 The Federal Reserve’s upgraded view that growth in the world’s biggest economy is ‘solid’ and capable of withstanding an interest rate rise this year will be put to the test by U.S. jobs data this week

The Federal Reserve last week lifted its assessment of the U.S. expansion to "solid" from "moderate", with jobs growth now seen as "strong". A Reuters poll forecasts that U.S. employment data on Friday will show about 230,000 jobs were created in January, slowing slightly from 252,000 in December but still robust.

"Interest rates then were 6 percent. It simply isn't a zero percent environment at the moment," said Harm Bandholz, chief U.S. economist at UniCredit. Weak wage growth has dented some of the optimism created by strong job creation.

Average wages fell 0.2 percent in December, the biggest decline in at least eight years, although some economists said that may have been a seasonal fluke, and the consensus is for a 0.3 percent increase in January. In an encouraging sign, the more widely respected Employment Cost Index, released on Friday, showed labour costs increased by 2.2 percent in the 12 months through December, although still below the 3 percent economists say is needed to bring inflation close to the Fed's 2 percent target.

Fed officials have indicated that interest rates could rise as soon as in June, though futures contracts indicate investors expect a first move in September. The target rate has been close to zero since late 2008.

In an addition to its post-meeting statement last week, the Fed said its assessment of interest rates would also take into account "international developments". Bernd Weidensteiner, U.S. economy specialist at Commerzbank, said non-U.S. events would not change the general course of U.S. monetary policy but could affect the timing.

"The U.S. is still a relatively closed economy. The economic cycle is made in America," he said. "But if, say, something awful happened with Greece, it would affect U.S. markets."

For the struggling euro zone, December retail sales and Markit's final purchasing managers' surveys (PMIs) will give the latest indications on the economy.

Retail sales, due on Wednesday, are seen rising 2 percent year-on-year, reinforcing an improvement in sentiment among consumers and retailers in an EU report last week; while manufacturing PMIs today and services PMIs on Wednesday should confirm the initial view that European firms began 2015 with a little more bounce.

However, with Greece's new left-wing government flatly rejecting on Friday the expected extension of its bailout program, and Germany saying fresh Greek aid was not on the agenda, economic news may take second place to politics as Greek Prime Minister Alexis Tsipras visits other European leaders.

Official manufacturing PMIs from China today will show how the world's second-biggest economy started the year, with forecasts pointing to factory growth inching up in January from a 1-1/2 year low, although the bounce is not expected to last due to unsteady exports and slowing investment.

Elsewhere, the Bank of England is seen keeping interest rates at a record low 0.5 percent on Thursday, with markets not expecting a rise until the fourth quarter, according to a Reuters poll.

By contrast, Australia's central bank, which meets on Tuesday, is seen more as a rate cutter, following the cue of commodity-rich Canada's unexpected rate reduction last month. However, higher-than-expected core inflation in Australia late last year has led investors to push back expectations for a cut to March, and not at next week's meeting as some economists had previously expected.