Turkish exports off to a bad start in 2015 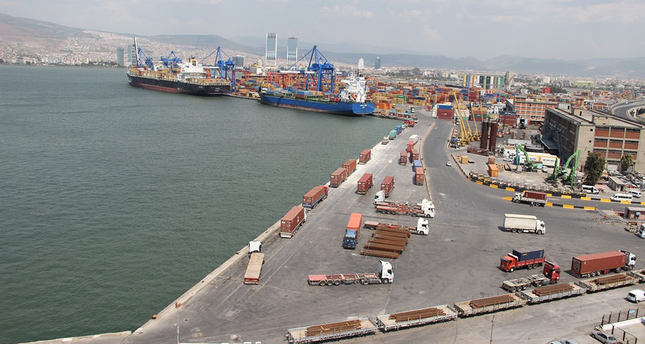 by Daily Sabah with AA Feb 02, 2015 12:00 am
Turkish exports have started off badly in 2015, shrinking by 9.8 percent in January compared to last year, according to data released by the Turkish Exporters' Assembly (TİM) on Monday. The total worth of exports in January was announced as $10.804 billion.

Exports increased by 2.5 percent to $156.118 billion in the prior twelve-month period. By the end of 2015, annual exports are expected to reach $173 billion within the Medium Term Program.

With $1.730 billion-worth of exports, the automotive sector was the leading sector of January 2015, followed by $1391 billion for clothing and $1.196 billion for chemical products.

The manufacturing industries' exports decreased by 9.8 percent to $8.699 billion, making up 80.5 percent of total exports. 16.9 percent of all exports came from the agricultural sector with $1.827 billion-worth of exports, which represented a 5.2 percent decrease compared to January 2014. The most dramatic decrease was announced in the mining sector, which decreased by 30.7 percent, accounting for 2.6 percent of total exports with $277.6 million.

"We see that problems in our export markets are the main factors which suppress our export performance. We are located in a region where geopolitical risks are meshed together," ALB Securities analyst Enver Erkan said. "Iraq is an important trade partner as well as Russia. Decline in exports to Iraq, economic problems in Russia and the falling purchasing power of the Euro creates a handicap for the Turkish economy."

The tumbling euro/dollar rate poses significant risk to the Turkish economy due to its breakdown of export markets, in which EU countries are the largest export markets for Turkish goods, with an over 40 percent share.