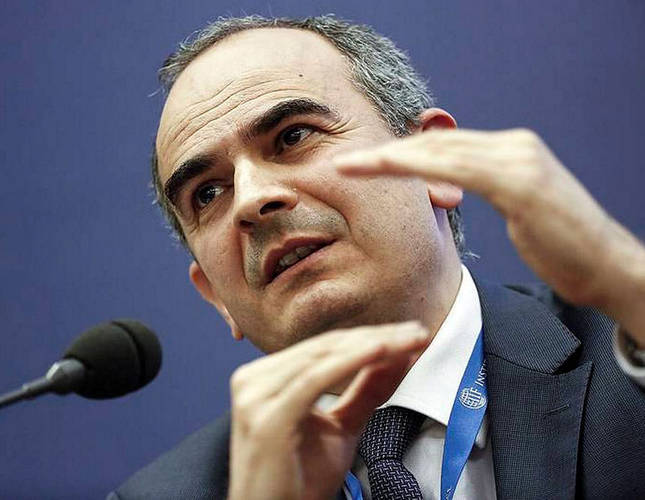 Even the lowest inflation in the last 19 months was not enough to convince Turkey’s Central Bank to cut interest rates. CBRT Governor Başçı had given the signal for an early meeting, but parity speculations deterred the bank from keeping its promise

Following January's inflation data, the CBRT announced that the promised meeting on an interest rate decrease will not be held. "As a result of current tight fiscal policies in effect, inflation indicators continue to improve. The Board of Monetary Policies will handle the inflation outlook in a detailed manner in its meeting on Feb. 24," the statement said. The CBRT had intended to hold an early meeting on the interest rate decrease if the annual inflation rate decrease had reached one point or more, and the 0.93 point decrease was not enough to convince the CBRT. The bank had earlier signaled that inflation rates alone would not be enough for an interest rate cut, following the dollar's record gains against the lira last week. Following the CBRT's announcement, the dollar decreased from 2.44 to 2.407 against the lira.

Prime Minister Ahmet Davutoğlu said that there is a downward trend in inflation, which reflects the economy positively, and he believes that interest rates will continue to decline in the following months. Finance Minister Mehmet Şimşek also expects inflation to fall further, an opinion that he shared on his Twitter account.

The CBRT has been criticized for keeping interest rates high for a long time. The bank kept interest rates steady for five months in a row until January when a 50 basis point cut was announced. While acting bravely regarding increasing rates from 4.5 to 10 percent in January 2013 with an unexpected meeting, the CBRT has hesitated about cuts. During the 50 basis point announcement two weeks ago, CBRT Governor Erdem Başçı said that they expect a one point decrease in inflation and that they would hold an extra meeting on February 4 to discuss a further rate cut, which created expectations in the markets. Finance Minister Nihat Zeybekci pointed out the expectations of markets and said: "Turkey should bravely continue an interest rate decrease."

The highest monthly increase was announced for the alcoholic beverages and tobacco products group, which rose 4.19 percent mainly due to increased tax rates that came into effect as of January 1. The price of eggplant increased by 61 percent in January and stood at the top of the list as a single product.

Prices increased by 3.52 percent for the food and non-alcoholic beverages group followed by 2.52 percent for miscellaneous goods and services, 2.01 percent for furnishings and household equipment and 1.64 percent for recreation and culture.

The highest monthly decrease was for clothing and footwear at 6.98 percent. The highest annual increase was in hotels, cafes and restaurants at 13.06 percent followed by an increase in the cost of food and non-alcoholic beverages at 10.97 percent, miscellaneous goods and services at 9.77 percent, clothing and footwear at 9.14 percent and furnishings and household equipment at 8.54 percent.