Greece poised for recession as uncertainty takes its toll 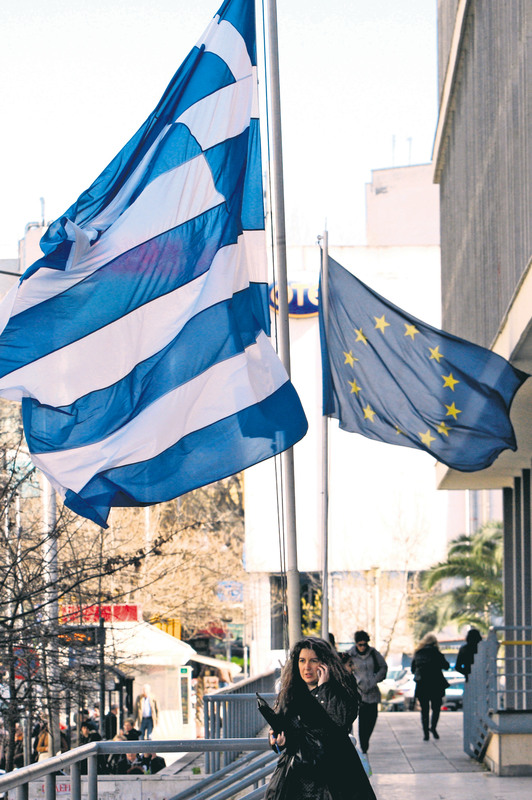 Barely a year after emerging from a savage recession comparable in its intensity to the Great Depression in the U.S., Greece's economy is shrinking again

The uncertainty generated by January's general election and the drama over extending Greece's financial lifeline is helping to push the economy back toward recession despite encouraging signs from the tourism sector, the country's biggest money earner.

The uncertainty, which started toward the end of 2014 when early elections were called, has damaged confidence among investors, consumers and business owners. Though few official economic figures for the first months of 2015 are available, surveys suggest the manufacturing sector is contracting as both foreign and domestic clients are more hesitant to make new orders. And the financial system has been shaken by an apparent increase in deposit withdrawals by worried savers, which is seen to have hurt investment.

When figures last fall showed the Greek economy finally growing again after a recession that saw it shrink by a quarter and unemployment and poverty levels swell dramatically, then Prime Minister Antonis Samaras said "Greece is back." The return has been brief three quarters in fact. In the last three months of 2014, the Greek economy shrank by a quarterly rate of 0.4 percent, double the initial estimate. If the first quarter of 2015 is negative, Greece will officially be back in recession not something most economic forecasters were predicting just a few months back. "Following the first contraction in activity in a year during the fourth quarter of 2014, the economy is anticipated to enter recession," said IHS senior economist Diego Iscaro.

The main reason behind his assessment is the uncertainty generated by the early elections and the bailout renegotiation between the new left-wing Syriza government and Greece's international creditors. As the negotiations dragged on, fears of a Greek exit from the euro so-called "Grexit" ratcheted higher. That was most evident in the banking sector, where there were signs of savers pulling money out in droves.

After weeks of intense toing and froing between Greece and its creditors in the 19-country eurozone, the sides agreed to a four-month extension to the country's bailout to June. In return, Greece has committed to operate making a series of economic reforms. Phil Smith, an economist at financial information company Markit, which compiles a monthly survey into the manufacturing sector, said Greece's economy continues to "struggle under the weight of uncertainty." Markit's February survey found manufacturing output falling at its fastest rate for 16 months and its key gauge of business activity is in recession territory. "Factories reported hesitancy among clients at home and abroad to commit to new orders," he said.

When the current bailout ends, Greece will most likely need further financial support to make ends meet. There's no guarantee it will get more help and its future in the euro could hang in the balance again. Vassilis Korkidis, head of Greece's National Confederation of Commerce, said the recent deal with creditors gave Greece's economy a "last-minute kiss of life and avoided the so-called sudden death," but cautioned that any respite was "temporary."

Whatever growth Greece ekes out in 2015 is likely to be markedly lower than expected just a few weeks ago, a sign of the damage wrought by the bailout deliberations. As recently as early February, the European Union was predicting that Greece would be one of the fastest-growing eurozone economies in 2015, with growth of 2.5 percent.

Douglas Renwick, a senior director at Fitch Ratings, said the period of uncertainty has damaged investor, consumer, and depositor confidence and increased "the downside risks to growth and Greece's incipient economic recovery." Repairing the damage done from the recent bout of brinkmanship "could take time," he added, noting the experience of 2012 when Greece was last near the Grexit door. Renwick said Fitch was likely to further reduce its 2015 growth forecast for Greece from the current 1.5 percent.
Last Update: Mar 03, 2015 11:57 pm
RELATED TOPICS