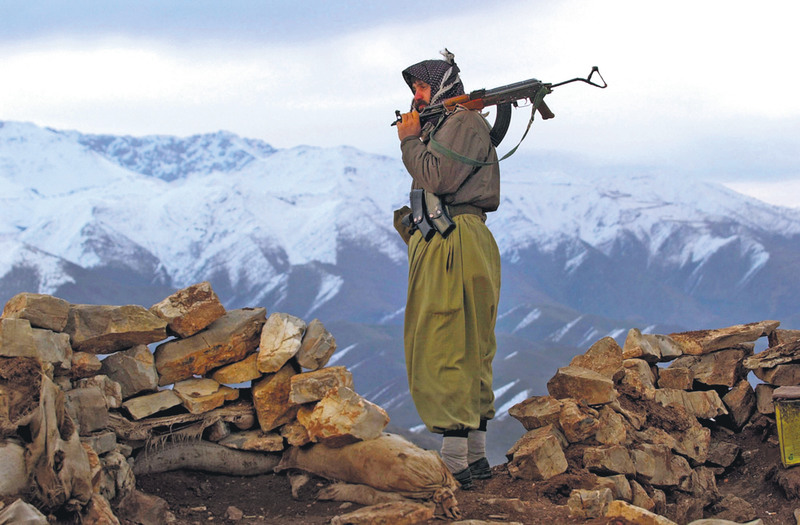 by İbrahim Acar - Betül Alakent - Metin Can Mar 03, 2015 12:00 am
The government's announcement of a new phase in the reconciliation process with the Peoples' Democratic Party (HDP) on the weekend and the jailed PKK leader Abdullah Öcalan's call for disarmament generated great excitement in eastern and southeastern Anatolia. According to a mini survey that was conducted to investigate the economic implications of this development in the region, 80 percent of the businessmen who were surveyed expressed their belief in the progress of the reconciliation process and 85 percent of respondents said that the success of the reconciliation process would increase investments in agriculture, textiles and tourism.

According to the survey results, after the reconciliation process is finalized, agriculture, textiles, tourism and mining will stand out as the most promising industries in eastern and southeastern Anatolia. Although the businessmen in the survey said that the reconciliation process is a great motivation on its own, they suggested that the government should develop a new policy for the region. The expansion of existing incentives was demanded by 50 percent of respondents, 40 percent found existing incentives satisfactory and the remaining 10 percent found them inadequate.

Şahismail Bedirhanoğlu, the head of the Federation of Eastern and Southeastern Industrialists' and Businessmen's Associations (DOGÜNSİFED), said that confidence in the reconciliation process has been bolstered again, and that if disarmament is achieved, it would contribute to investments in the region.

E. Sabri Ertekin, the president of the Şanlıurfa Chamber of Industry and Commerce, said that the historic call for disarmament has lent impetus to the lingering reconciliation process, which will offer good opportunities of renewable energy and will end the illegal use of electricity in the region.

The head of the Şırnak Chamber of Industry and Commerce, Osman Geliş, said that Şırnak, which is now positioned in the sixth zone, will be upgraded to the second zone soon after the reconciliation process is complete. He also suggested that Mount Cudi should be opened to tourism. Güven Kuzu, the president of the Siirt Chamber of Industry and Commerce, said that if the reconciliation process keeps on track, investments in textiles and agriculture will boom, and demanded grants and zero-interest loans for small- and medium-sized enterprises (SMEs). Each province demands special incentive arrangements in line with their potential. Businessmen from Siirt request incentives for the mining industry, particularly for copper mining. Entrepreneurs from Şırnak expect a breakthrough in the tourism sector and demand regulations to invigorate tourism on Mount Cudi, which was previously associated with terrorism. Şırnak also has proper conditions for construction materials. Businessmen from Şanlıurfa, which offers good opportunities for tourism and renewable energy, want insurance and tax relief periods to be prolonged to 10 years from seven. Diyarbakır's businessmen have demanded the completion of infrastructural investments, and say that if GAP's agricultural vision is reconstructed, the city could compete with the Netherlands, which exports $100 billion worth of agricultural products a year.
Last Update: Mar 03, 2015 9:25 pm
RELATED TOPICS