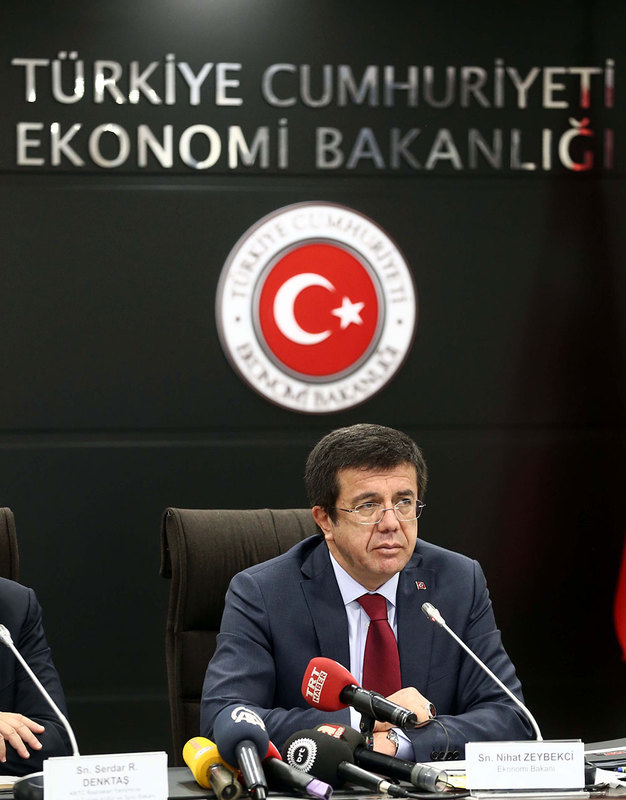 by Anadolu Agency Mar 10, 2015 12:00 am
The weak euro is hurting Turkish exports, causing the decline evident in the first two months of the year, Economy Minister Nihat Zeybekci said yesterday.

Speaking at a press conference Zeybekci said: "In January last year, the exchange rate of the euro to the dollar was 1.36. This year it has averaged 1.16. Today it is below 1.10. If the rate were the same as last year, exports would have increased 4.5 percent instead of declining 3.5 percent."

Turkey has a Customs Union agreement with the EU, and so about 40 percent of Turkey's exports go to countries in the trade bloc. But Turkish businesses pay for over 60 percent of imports in dollars. Profits in low-valued euros are cancelled out by expense payments made in the high-valued dollar.

Regarding the volatility of the Turkish Lira recently, Zeybekci said that the central bank's interventions to stem the lira's slide were unnecessary, as the volatility was due to dollar strength. "In this eight-month period, the euro declined 25 percent against the dollar, and the Turkish lira fell 23 percent. "Since the dollar gained value against the world's major currencies, I believe the Central Bank of Turkey's intervention to markets is unnecessary," he added.

Zeybekci pointed out that recent rate cuts introduced by the central bank were a step in the right direction, but they fell short of satisfying the expectations and the opinion of the government, as well as that of the president, the prime minister and Zeybekci himself.

The government has repeatedly criticized the central bank for maintaining a tight monetary policy which, the government says is limiting growth.