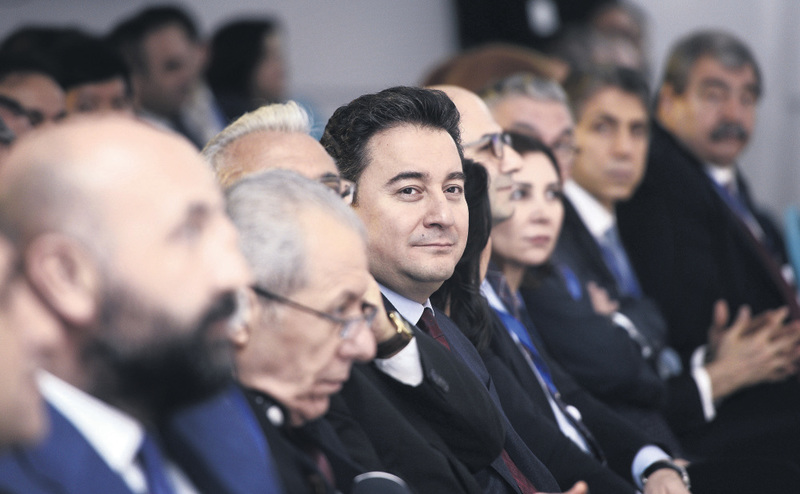 The Fed's monetary policy has lowered value of 169 countries' currencies, and has also caused volatility in lira. The value of the dollar will continue to rise against all other currencies if the Fed decides to raise rates soon

The CEO of France's Publicis Groupe, Maurice Levy, said on Jan. 23 at the World Economic Forum held in Davos, Switzerland that the U.S. is the biggest emerging market. Today, its effects are visible on all currencies. Deputy prime minister responsible for the economy, Ali Babacan, said on Friday that the volatility of the Turkish lira in the past two months has been driven by the U.S. tightening its monetary policy. After three months promising to be patient about interest rate hikes, U.S. Federal Reserve (Fed) Chair Janet Yellen told Congress on Feb. 24 that interest rates would go up in the near future, which makes it highly possible that the value of the dollar will continue to rise against all other currencies, as it has over the last three months.

Turkey's central bank sustained its policy for cautious interest rate cuts and cut the key interest rate by 25 base points to 7.5 percent at its last meeting on Feb. 24. Speaking at the Uludağ Economic Summit held in Bursa, a large city in northwestern Anatolia, Babacan said that Turkey's reduction of interest rates is a policy divergence from those of the Fed.

Babacan pointed out in his speech that the Turkish lira is not the only currency that is losing value. The euro, which is subject to very low interest rates, is also falling against the dollar. "Maybe disputes within Turkey heighten the scale of volatility a bit more. But I assure you that from Brazil to India, from Indonesia to South Africa and Mexico, every country has seen its currency weaken against the dollar. This volatility, which has lasted three to four weeks, was not specific to Turkey," Babacan said.

As of March 10, Mexico's currency, the peso, hit a record low against the dollar, down by 0.6 percent to 15.56 pesos to the dollar. Brazil's real fell as much as 1.5 percent to 3.12 real per dollar. The South African rand fell to a 13-year low against the dollar, down 1.3 percent to 12.25. "The exchange rate for the euro to the dollar could fall or rise about 5 percent in a week. This is very high and very sharp volatility. And it is a very hard phenomenon to administer," Babacan said. He added that the euro's sharp decline and relatively slow growth in the eurozone has had an additional impact on Turkey, as Europe is the country's most important trade partner as well as its biggest export market. In 2014, Turkey sent over 40 percent of its exports to the EU, receiving payment in euros, while over 60 percent of its imports were paid for in dollars. This has a significant impact on the profit earned by Turkish exporters. Babacan said that the most important challenge for Europe is the EU's failure to make structural reforms. Mentioning the government's 4 percent gross domestic product (GDP) growth target for this year, Babacan said if Europe cannot succeed in its recovery, Turkey's target would be at risk. "If European markets improve, it would be positive for our growth," Babacan said. The government considers near five percent growth to be a must to address the unemployment rate, which is close to 10 percent in Turkey.

The recent rise in the value of the dollar against the Turkish lira poses a challenge as it boosts inflation through the foreign currency exchange. This means that dollar-priced products are more expensive and raw materials purchased in dollars for use in Turkish products are more costly as well.

The central bank intends to maintain high interest rates until there are clear signs of improvement in the inflation outlook. "How long rates will hover at current levels is important. If they stay near current levels, the central bank has to revise its inflation targets,"Babacan said. He also said that the current account deficit is expected to drop to 4 percent this year as long as oil prices stay at their current low levels.