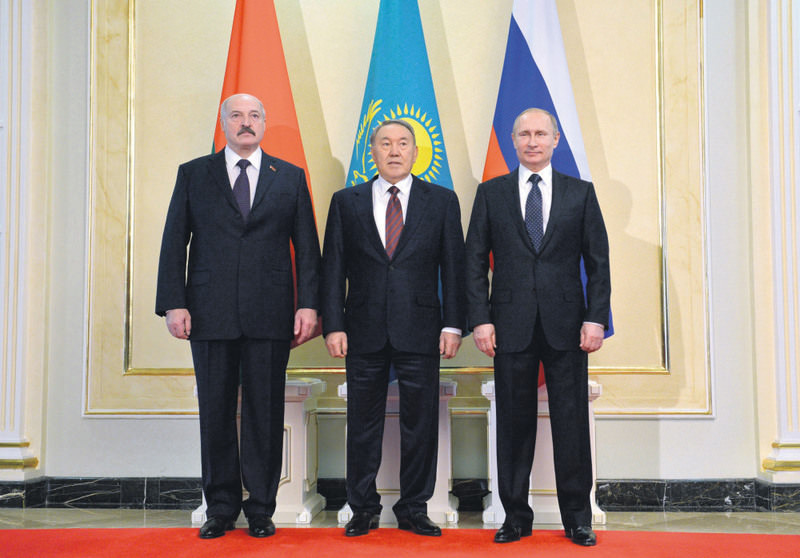 by Mar 20, 2015 12:00 am
President Vladimir Putin proposed on Friday creating a regional currency union with Belarus and Kazakhstan, Russia's partners in a political and economic union made up of former Soviet republics. Putin made his proposal at a meeting with the Belarussian and Kazakh presidents which highlighted the challenges facing the Russian-led Eurasian Economic Union following the fall in global oil prices and the decline of the Russian rouble. "The time has come to start thinking about forming a currency union," Putin said after the talks in the Kazakh capital Astana with Belarussian President Alexander Lukashenko and Kazakh President Nursultan Nazarbayev. He gave no details of the proposal but suggested it would be easier to meet economic challenges by working closely together.

Lukashenko and Nazarbayev did not immediately respond to the proposal in public, but analysts say it is unlikely to get off the ground. Kazakhstan, the second-largest post-Soviet oil producer and economy after Russia, has traditionally been lukewarm to the idea of introducing a common currency, saying that first the three nations should synchronise their monetary policies. Grigory Marchenko, a key Kazakh reformer and former central bank head, has estimated that it would take 10 to 12 years before such a currency is launched. The Russian rouble's decline has hit former Soviet trading partners such as Belarus and Kazakhstan. The Russian rouble has declined by about 40 percent against the U.S. dollar since midway through last year, Belarus devalued its own rouble in January and there has been speculation on markets that Kazakhstan may soon devalue its tenge currency.