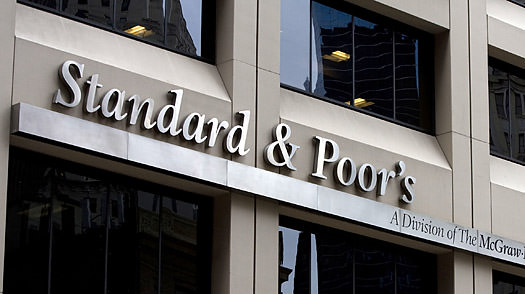 Greece's credit, already in junk territory, was lowered from B- to CCC+ due to growing cash constraints on the government and banks.

"Without deep economic reform or further relief, we expect Greece's debt and other financial commitments will be unsustainable," the company said in a statement.

Athens and its eurozone partners have struggled for weeks to reach an agreement on new economic reforms, which are being demanded by international creditors in order to unblock 7.2 billion euros (7.6 billion dollars) in aid remaining in the country's current bailout.

In explaining its rational for downgrading the credit, S&P said the "prolonged negotiations" between the three-month-old leftist government in Athens and its lenders have worsened economic uncertainty.

ELSTAT said that Greece achieved a primary surplus of 0.4 per cent of GDP in 2014 before interest payments, falling short of budget targets set by the previous conservative government of 2 per cent.

Figures also showed that the national debt ballooned from 171 per cent of GDP in 2011 to 177 per cent of GDP last year, despite billions of euros of debt being written down in 2012 and considerable spending cuts.

Athens is trying to reach a bailout deal by April 24, when eurozone finance ministers meet in Riga, Latvia.

The government has already outlined some reform proposals - such as combating tax evasion and streamlining public administration - but its creditors have asked for the measures to be fleshed out.

Analysts fear that a failure by Athens to reach a deal with its creditors on the reforms could push Greece into bankruptcy and out of the eurozone.

Greece has relied on billions in bailout loans since 2010, but attached conditions left average Greeks having to endure pension and salary cuts as well as tax hikes.
Last Update: Apr 16, 2015 11:18 am
RELATED TOPICS