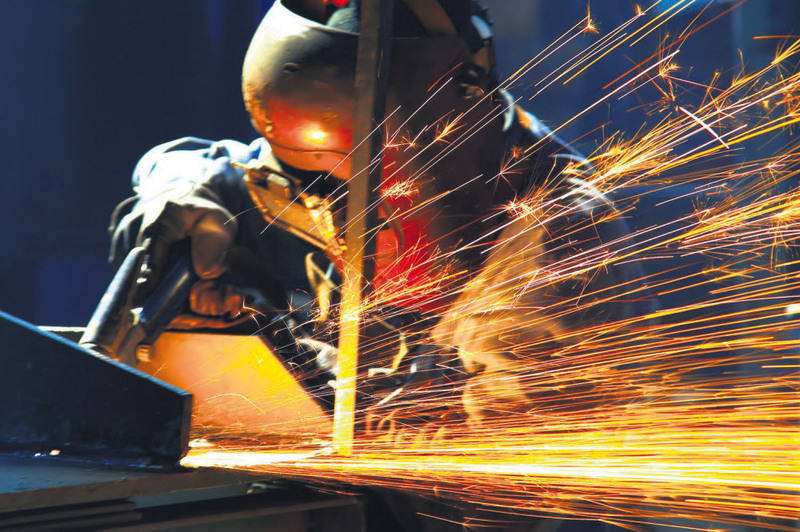 by daily sabah Apr 24, 2015 12:00 am
The rate of capacity utilization in the manufacturing industry has increased by 1.7 percent in April compared to the previous month, up 74.1 percent from 72.4 percent, according to data released by the Central Bank of the Republic of Turkey (CBRT). Furthermore, the seasonally adjusted rate of capacity utilization increased by 0.8 percent to reach 74.6 percent. When the capacity utilization rate for different product groups was considered, it was revealed that there was an increase in the rate in all product groups compared to the previous month. The Financial Administration Survey was delivered to 2,642 companies engaged in the manufacturing sector in February and 2,143 companies sent back the completed forms.

Another positive signal for the economy was the real sector confidence index's increase. The index increased by 4.4 percent in April when compared to the previous month, reaching 107.9 - the highest level since July 2014. According to CBRT data, the real sector confidence index excluding seasonal effects also increased by 1.5 percent to reach 102.7. The bank noted that the total order amounts within the last three months, the estimated production amounts in the next three months, the expected employment amount in the next three months, current total orders, the general situation, evaluations about the fixed capital investment expenditures and current product stock are some of the factors increasing the index, while the amount of export orders for the next three months has pushed the index down. During 2013 and 2014, the real sector confidence index was above 100, and the last time the index was below 100 was in December 2012 when it was 97.9. While the index's score above 100 indicated a positive outlook for the economy, any level less than 100 indicates pessimistic expectations and 100 indicates a stable outlook for the economy.
Last Update: Apr 24, 2015 11:07 pm
RELATED TOPICS