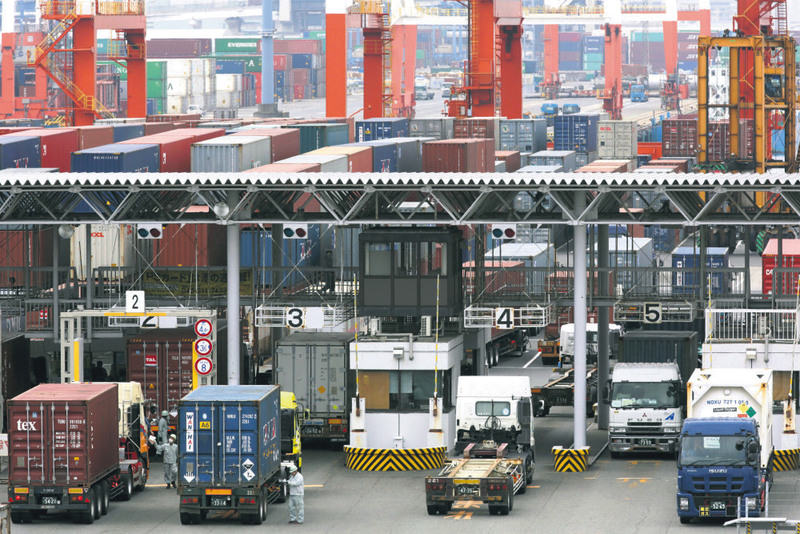 Fitch downgraded Japan's credit rating as the country continues to struggle with staggering debt. The agency said that the government did not include sufficient measures in its budget to replace a sales tax hike

Fitch cut its credit rating on heavily indebted Japan by one notch yesterday, saying it has not done enough to plug a budget gap left by its decision to delay a sales tax rise. The move saw Japan's rating trimmed to "A" from "A+," several months after rival credit agency Moody's also downgraded Japan's credit rating.

Tokyo raised its sales levy in April 2014 - to 8.0 percent from 5.0 percent - for the first time in 17 years, in a bid to generate more revenue to pay down an eye-watering national debt. But the increase slammed the brakes on growth and pushed Japan into a brief recession just as the economy, plagued by years of deflation, appeared to be turning a corner. The downturn prompted Abe to put off a second sales tax rise to 10 percent, which was initially scheduled for later this year. "Fitch's downgrade reflects the fact that the Japanese government did not include sufficient structural fiscal measures in its budget for the fiscal year April 2015-March 2016 (fiscal year 2015) to replace a deferred consumption tax increase," the ratings agency said. "The government is set to unveil a new fiscal strategy in the summer of 2015. The details of the strategy will be important, but the strength of the government's commitment to implement it will be even more important and will only become clearer over time." Fitch's downgrade adds to growing calls for Tokyo to get the nation's debt under control. Japan has one of the heaviest debt burdens among rich nations, at more than twice the size of the economy, and that figure is set to grow as a soaring number of pensioners strain the country's finances. "Japan's main sovereign credit and rating weakness is the high and rising level of government debt," Fitch said. While corporate tax receipts have been on the rise as a weak yen boosts firms' profits, that situation was "unlikely to be sustainable", Fitch said.

"Pressure on the budget could rise...if corporate profits fell back," it added.

The agency also pointed to a weakening economy after a batch of poor data recently has exacerbated concerns about a recovery and raised questions about the effectiveness of Abe's plan to spur growth.

After sweeping elections in late 2012, the conservative premier launched a three-pronged plan to revive growth with a government spending blitz, a massive monetary easing plan by the Bank of Japan and a promised overhaul of the highly regulated economy.

Despite some progress, many reforms, including opening up a protected agricultural sector and luring many more women into the workforce, have yet to be realised. Fitch earlier rolled back its forecast for 2015 growth in the Japanese economy to 1.3 percent from its 1.5 percent estimate in December. However, it noted that Japan has "exceptionally strong financing flexibility," with most of its debt held domestically at low interest rates - a key reason why the country has avoided a Greek-style debt crisis and battles with international creditors.
Last Update: Apr 27, 2015 9:21 pm
RELATED TOPICS