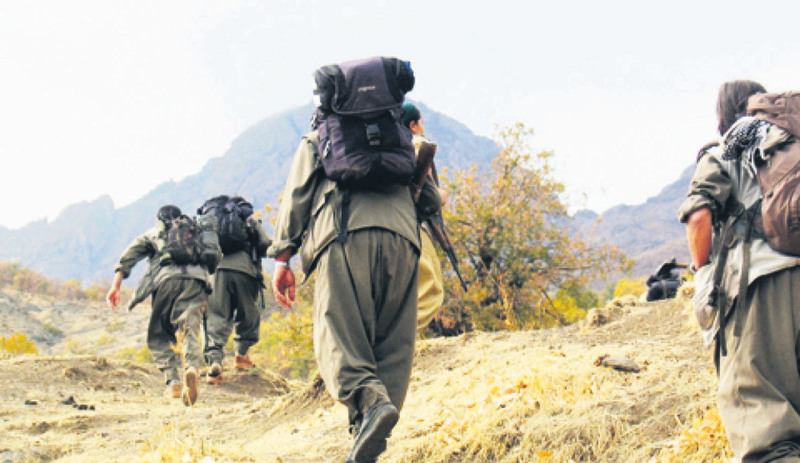 by Daily Sabah Jun 04, 2015 12:00 am
Along with the humanitarian cost of terrorism, Turkey has suffered major losses in terms of the economy due to the outlawed PKK's attacks. A recent research article published by the IMF has shown that Turkey attracted only one quarter of the foreign investment it could have due to terrorism. Turkey lost important human resources as victims of terrorism in the 1980s, and despite foreign help provided in this respect, terrorism remained one of the obstacles to Turkey's growth.

According to an article written by three U.S. economists; Subhayu Bandyopadhya from the Federal Reserve Bank of St. Louis FED, Todd Sandler from the University of Texas at Dallas, and Javed Younas from the American University of Sharjah in the United Arab Emirates and published in the International Monetary Fund Finance & Development magazine, Turkey has lost three quarters of direct foreign investments it could have attracted within the last 40 years. The article estimated the cost suffered due to terrorism between 1970 and 2011 in 122 developing countries, finding that on average 7.51 domestic terrorist attacks and 1.38 attacks of foreign origin took place a year. During this time, 2.9 percent of the total gross domestic product (GDP) produced by 122 countries on average was foreign investments, while Turkey's average was 0.72 percent in terms of foreign investments. Furthermore, 6.24 percent of the total annual GDP on average entered these countries as "aid." While Cambodia received the most aid, which accounted for 11.49 percent of its annual average GDP, foreign aid delivered to Turkey only accounted for 0.37 percent of its annual GDP.

The article further highlighted that terrorism had increased the advanced security measures taken by countries to provide the adequate level of occupational health and safety or economic transaction costs due to high insurance premiums. For example, in Yemen, terrorist attacks on the USS Cole and French tanker Limburg were major blows to the country's maritime trade and caused insurance premiums to increase 300 percent and additionally ships began to prefer alternative routes.

While rich countries also suffer from terrorism, other sectors can easily cover the deficit observed in a sector suffering from terrorist attacks. Richer countries can reserve more resources for prevention of terrorism than developing countries can.

Also, the effect of terrorist attacks on countries with limited resources last longer. For example, it was estimated that the Sept. 11 attacks in the U.S. cost $80 billion to the economy, yet its share of U.S. GDP, which was around $10.6 trillion, was less than 0.1 percent. On the other hand, terrorism caused a loss of 10 percent per capita incomes between the 1970s and 1990s in the Basque region. The article also underlined that according to Khusrov Gaibulloev and Todd Sandler's research, which investigated 42 Asian countries, seven developed and 35 developing countries, any kind of international terrorist act in a developing country decreases annual growth by 1.4 percent. An increase in terrorism in a certain region means fewer investments in those areas. For example, between the mid-1970s and 1991, terrorist attacks in Spain decreased direct foreign investments by 13.5 percent.

Alberto Abadie and Javier Gardeazabal's research also found that even a slight increase in terrorism expectations causes great losses in the foreign investment stock of countries, damaging their economy to a larger extent.

Most countries that have been subject to more domestic or international terrorist attacks above the average between 1970 and 2011 among the 122 developing countries examined, faced lower foreign investments or foreign aid than national averages. This shows that there is a relation between terrorism and the decrease of foreign aid and investments.

The article also said that according to research by Volker Nitsch and Dieter Schumacher, which included 200 countries between 1960 and 1993, if terrorist attacks double within a year in two countries that have a commercial relation, then these activities drop by 4 percent within that year. Also, if one of these countries faces an international terrorist attack, then the trade figures drop to 91 percent of the volume that could have been achieved without the terrorist attack. Another study by Peter Egger and Martin Gassebner underlined that terrorism's short-term effects are less serious than its medium-term effects. It is not necessary for terrorism to decrease trade as resources can be re-assigned. For example, if terrorism damages a certain resource such as soil, then resources can be re-assigned to a labor-intensive sector. In countries that depend on exports of labor-intensive sectors like textiles, this may even cause an increase in production and exports. In other words, while terrorism may increase costs and therefore, trade and exports of a certain product or sector, its general effect can be either an increase or decrease in trade.
Last Update: Jun 04, 2015 11:08 pm
RELATED TOPICS