UAE seeks to diversify economy with trip to Mars 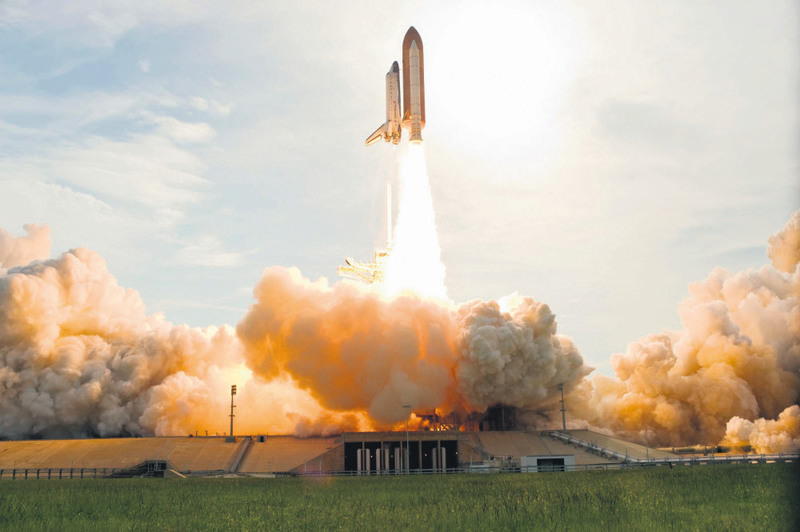 by Anadolu Agency Jun 06, 2015 12:00 am
Not content with building the world's tallest skyscraper, the United Arab Emirates (UAE) is now reaching for the stars with an ambitious space program that aims to get to Mars by 2021. The oil-rich Gulf state is seeking to diversify its economy and sees space exploration as one way of achieving this. With the possible help of Russian technology, the UAE wants to use the space program to increase innovation, develop a new industrial base, support research and development between companies and enhance technical skills, said the director general of the UAE Space Agency, Mohammed al-Ahbabi. Such bold plans have raised questions about how a promising space agency that has so far launched one satellite built with the help of South Korea can put together a space launch within six years. "Money isn't the problem," Florence Sborowsky, a researcher at the Paris-based Foundation for Strategic Research, said in an interview with French magazine Sciences et Vie. "But time is a major factor. Money can't make up for time in this kind of program."

Behind the haste is economic need. The UAE needs to diversify its economy apart from oil and gas. Around 40 percent of the UAE government's earnings come from the oil industry, accounting for around 25 percent of gross domestic product, according to UAE central bank statistics. Crown Prince Sheikh Mohammed bin Zayed, in a speech last month, predicted the country's oil and gas supplies would dry up within 50 years. The UAE needs to improve its education system, increase innovation and security, as well as diversify its economy, he added.

The government has invested the equivalent of $5.5 billion in the space agency since its inception in 2006. This is distributed over three main companies - Thuraya, YahSat and the Mohammed bin Rashid Space Center. The UAE's first government-backed satellite, the observation satellite, DubaiSat-1, was launched with Russian technology from Kazakhstan in 2009. The satellite and its follow-up were collaborations between Emirati engineers and a South Korean firm.

The second satellite is due to be launched next year, and preparations for a Mars probe are being put in place. Dubai emir, Sheikh Mohammed bin Rashid al-Maktoum, told the media last month that he hoped the probe, named "Hope," would provide inspiration for the Arab world. It is the first Mars mission being attempted by an Arab country and around 75 Emirati engineers are currently working on the project. Officials hope to double that number by 2020.

More than one country to reach Mars

Former astronaut Buzz Aldrin, who piloted the first moon landing, said reaching Mars would require international collaboration. "I truly believe that mankind's next great accomplishment in space will truly involve global participation," he said in a speech in Dubai last month. "No single nation can accomplish these things in the future alone."

Sborowsky said it would be impossible for the UAE agency to develop so much technology so quickly on its own: "Building a launcher, developing the firing mechanism and monitoring stations - all of that takes a great deal of time. Nothing of the sort exists currently." The solution, she said, could be for the UAE to buy the technology from Russia. The two countries have been negotiating such a deal for the past two years.

Even with the necessary technology, getting it all working properly will be a significant challenge. The space agency is collaborating with the Massachusetts Institute of Technology (MIT) to kick start the program.

"Hope" is certainly an appropriate name for the project, as the UAE is pinning its ambitions on it.
Last Update: Jun 06, 2015 1:49 am
RELATED TOPICS