Varoufakis: 6 reasons to say ‘no' in referendum 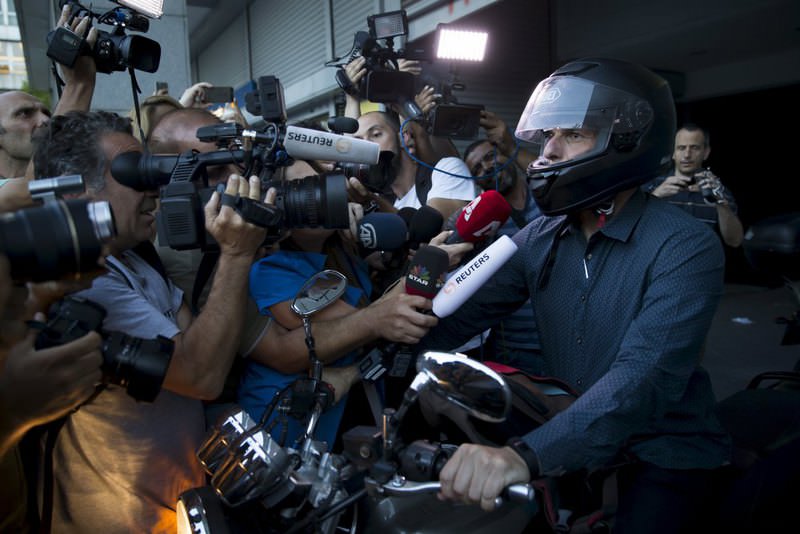 by Daily Sabah Jul 02, 2015 12:00 am
Greek Minister of Finance Yanis Varoufakis published a list on his website detailing the reasons why Greeks should vote "no" in Sunday's referendum. The list was titled "Why we recommend a NO in the referendum - in 6 short bullet points," which began by blaming the creditors for the country's current financial struggles.

Varoufakis said the negotiations between Greece and its creditors have stalled because of the creditors and gave two specific reasons as to why. He said the public debt was un-payable and the creditors refused to reduce it. Moreover, they "insisted that it should be repaid 'parametrically' by the weakest members of our society, their children and their grandchildren." He said that the debt must be restructured, as the International Monetary Fund (IMF), the U.S. government, many other governments around the globe and most independent economists believe, along with the Greek government. "The Eurogroup had previously conceded [in November 2012] that the debt ought to be restructured but is refusing to commit to a debt restructure," Varoufakis wrote. He stressed that since the announcement of the referendum, officials in Europe have sent signals that they are ready to discuss debt restructuring. "These signals show that official Europe [sic] too would vote NO on its own 'final' offer," Varoufakis said.

Varoufakis is also confident about staying in the eurozone. "Greece will stay in the euro[zone]. Deposits in Greece's banks are safe. Creditors have chosen the strategy of blackmail based on bank closures. The current impasse is due to this choice by the creditors and not by the Greek government discontinuing the negotiations or any Greek thoughts of Grexit and devaluation. Greece's place in the Eurozone [sic] and in the European Union is non-negotiable," he said.

The Greek minister's last point was about future demands. "The future demands a proud Greece within the Eurozone [sic] and at the heart of Europe. This future demands that Greeks say a big NO on Sunday, that we stay in the Euro Area [sic], and that, with the power vested [in] us by that NO, we renegotiate Greece's public debt as well as the distribution of burdens between the haves and the have nots," he concluded. Varoufakis told Bloomberg TV he would resign in the case the referendum passes. He said the main disagreement between the two sides was the notion of easing the terms on Greece's debt. He told Bloomberg TV: "I prefer to cut my arm off" than sign a rescue deal that does not include a debt relief provision.
Last Update: Jul 02, 2015 8:30 pm
RELATED TOPICS