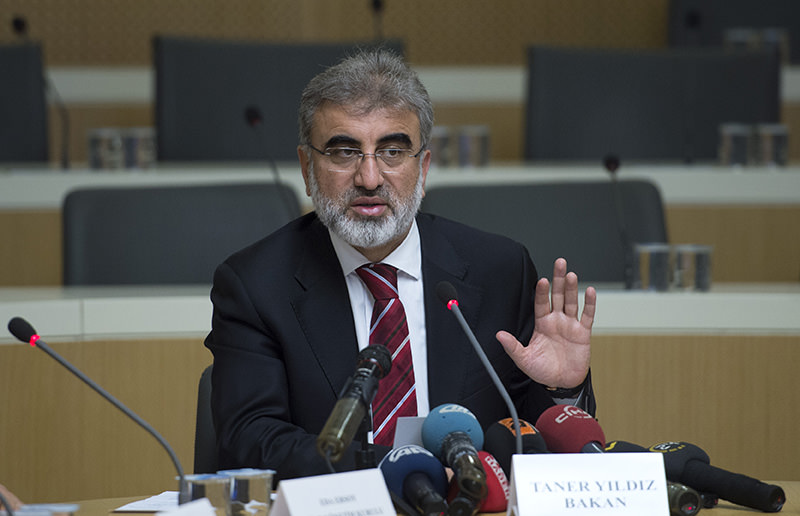 | AA Photo
by Daily Sabah Jul 16, 2015 12:00 am
The arbitration case, which has been continuing for four years between Turkey and Greece over an energy conflict, has ended in Turkey's favor, Energy and Natural Resources Minister Taner Yıldız announced on Thursday.

From now on, BOTAŞ and DEPA authorities will figure out a formula among themselves, said Yıldız, adding that the decision, which was in favor of Turkey, would also be announced in figures, which would be around $100 million. "Although we would like to help Greece in this difficult situation it is facing, we have to prioritize our citizen's and country's interests and our duty is to protect these interests."

After the figures are calculated and announced, we will present the issue to President Recep Tayyip Erdoğan and Prime Minister Ahmet Davutoğlu, said Yıldız. He noted that they would follow the upcoming developments on this matter and that he wanted to share this good news with Turkey before the Ramadan Festival.

Turkey had taken Greece to the court of arbitration in Switzerland for a $300 million debt, which DEPA owed to BOTAŞ from an agreement that was signed in 2007 and that started in 2008, involving the sale of natural gas that Turkey brought from Azerbaijan to Greece.