Japanese corporation to apologize to US POWs 70 years after WWII 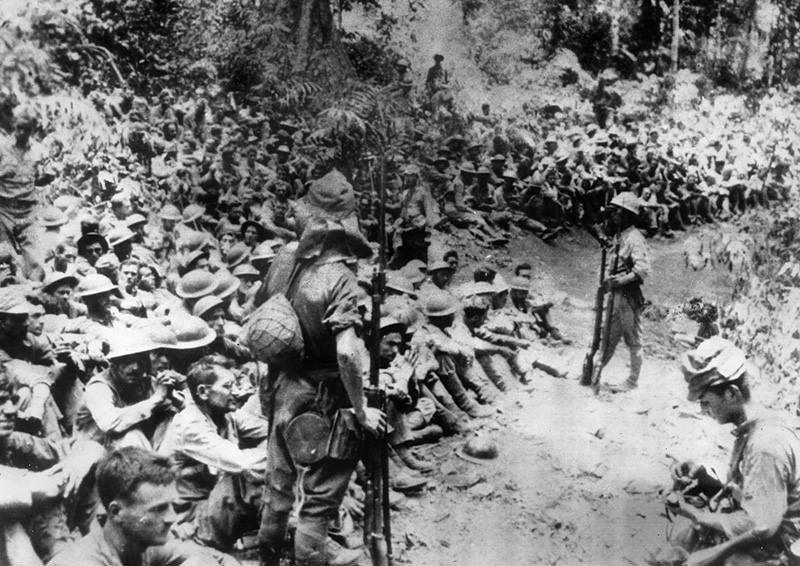 In this 1942 file photo provided by U.S. Marine Corps, Japanese soldiers stand guard over American war prisoners just before the start of the Bataan Death March following the Japanese occupation of the Philippines (U.S. Marine Corps via AP, File)
by Associated Press Jul 19, 2015 12:00 am
A major Japanese corporation plans to offer a landmark apology Sunday for using U.S. prisoners of war for forced labor during World War II, nearly 70 years after the end of the war.

A senior executive of the Mitsubishi Materials corp. will offer the apology to former POWs including 94-year-old James Murphy of Santa Maria, California during a ceremony Sunday at the Simon Wiesenthal Center's Museum of Tolerance in Los Angeles.

Rabbi Abraham Cooper, an associate dean at the center whose primary focus in the past has been Holocaust education, said he believes the move is unprecedented.

"As far as I know, this is a piece of history," Cooper told The Associated Press recently. "It's the first time a major Japanese company has ever made such a gesture. We hope this will spur other companies to join in and do the same."

Japan's government issued a formal apology to American POWs in 2009 and again in 2010. But the dwindling ranks of POWs used as slaves at mines and industrial plants have so far had little luck in getting apologies from the corporations who used them, sometimes in brutal conditions.

Some 12,000 American prisoners were shipped to Japan and forced to work at more than 50 sites to support imperial Japan's war effort, and about 10 percent died, according to Kinue Tokudome, director of the U.S.-Japan Dialogue on POWs, who has spearheaded the lobbying effort for companies to apologize.
Last Update: Jul 19, 2015 6:20 pm
RELATED TOPICS