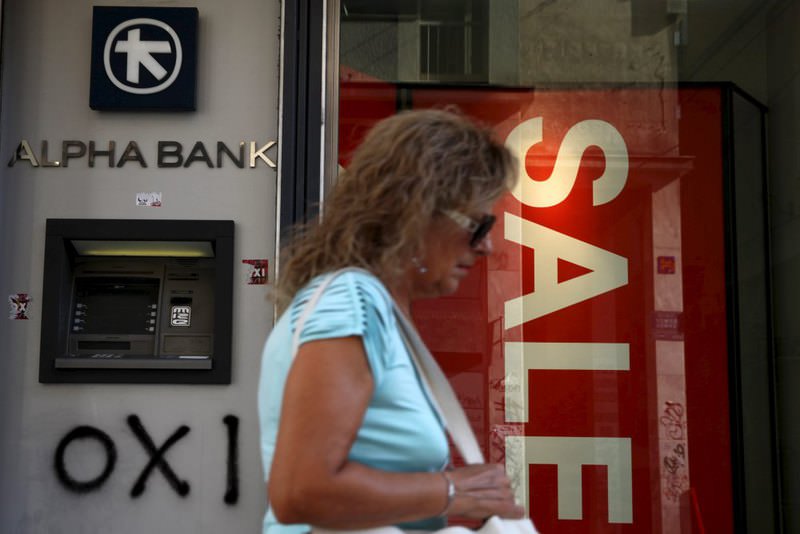 by Jul 22, 2015 12:00 am
Greece should wrap up bailout talks with international lenders by August 20, once parliament approves the second package of measures demanded by creditors today, the government's spokeswoman said.

Prime Minister Alexis Tsipras has faced a revolt in the ruling Syriza party over the mix of tax hikes and spending cuts demanded by lenders but is expected to get the package through parliament with the support of pro-European opposition parties. But he said last week he aimed to seal the bailout accord, which could offer Greece up to 86 billion euros in new loans to bolster its tottering finances and ward off the threat of being forced out of the euro.

"Immediately after the vote of the prior actions, negotiations with the lenders will start, with August 20th being the final date," government spokeswoman Olga Gerovasili said in a statement. Officials from the creditor institutions, the European Commission, the European Central Bank and the International Monetary Fund are due in Athens on Friday for meetings with the government, Deputy Finance Minister Dimitris Mardas said.

Today's vote in parliament follows a first vote last week on the so-called "prior actions" demanded of Greece as a pre-condition before the start of full bailout talks. The bill was passed but a revolt by 39 Syriza lawmakers who refused to back the measures raised questions over the stability of the government, which came to power in January on an explicit anti-austerity platform.

The heads of the centrist To Potami party and the Socialist Pasok party both said they would back the Tsipras government over the bailout accord but demanded a clear "road map" from Tsipras about what would happen after. Last week's rebellion left the government dependent on opposition parties. The government has a majority of 162 seats in the 300-seat parliament but the revolt left it with only 123 votes and any further defections may be seen as undermining prospects for reform.

Some government officials have suggested that if support dropped below 120 - the minimum level required to win a confidence vote if parliament voted with the lowest allowable quorum of 240 lawmakers - Tsipras would be obliged to resign. However it is unclear whether he would step down as if a confidence vote were actually held, he would almost certainly win with the backing of the pro-European opposition parties.

Pensions, tax on farmersEarlier yesterday, the government tabled the second bailout bill, which will focus on justice reform and banking issues. However it will not include pension reforms curbing early retirement or increasing tax rates paid by farmers from 13 percent to a range of 26-33 percent - an issue strongly opposed by the conservative New Democracy party. Instead they will be dealt with in coming weeks under a full bailout deal with European partners.

The fact that the measures were not included in the bill aroused some media speculation that Athens was backtracking on reform commitments. However Deputy Agriculture Minister Vangelis Apostolou said legislation would be passed in August or September or even later, depending on discussions with the lenders.

Officials from the government and the lenders say neither early retirement reforms or tax increases for farmers were required to be included in the two packages of legislation to be passed by July 15 and July 22.

The bill to be passed today adopts into Greek law new European Union rules on propping up failed banks, decreed after the 2008 financial crisis and aimed at shielding taxpayers from the risk of having to bail out troubled lenders. The so-called bank recovery and resolution directive (BRRD) imposes losses on shareholders and creditors of ailing lenders, in a process known as "bail-in", before any taxpayers' money can be tapped in a bank rescue.