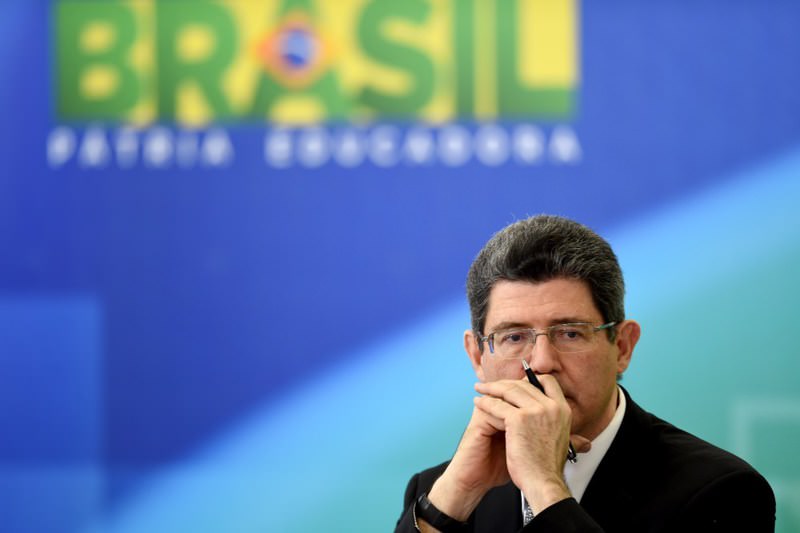 by Sep 16, 2015 12:00 am
Brazil's government announced spending cuts and tax increases totaling 65 billion reais ($16.9 billion) on Monday as it scrambles to close a budget deficit that led to a downgrade of the country's credit rating last week.

The biggest item was the revival of the unpopular CPMF tax on financial transactions that will raise 32 billion reais next year if it passes a Congress opposed to new taxation.

The government reduced tax subsidies for the chemical industry, cut refunds to exporters of manufactured goods and raised the capital gains tax to up to 30 percent.

The latest round of fiscal measures are meant to bridge a shortfall of 30 billion reais in next year's budget that President Dilma Rousseff sent to Congress last month and reach a budget surplus of 0.7 percent of GDP before interest payments.

As Brazil slides into its worst recession since the Great Depression, opposition leaders said the steps were too little too late to restore credibility in the policies of Rousseff, who is facing mounting call for her resignation or impeachment.

Economists said the fiscal savings look good on paper but doubted they will clear Congress without being diluted.

"The government is now scraping the barrel in an effort to plug its budget hole," Capital Economics, a London-based research house, said in a note to clients. The measures showed the government's "impotence" in reducing Brazil's bloated bureaucracy. The speaker of the lower house, Eduardo Cunha, said Rousseff's embattled administration lacked the support needed in Congress to approve the reinstatement of the CPMF tax.

The head of the Brazilian Senate, Renan Calheiros, said deeper cuts were need to reduce the size of the federal government before Congress will agree to more taxes. Planning Minister Nelson Barbosa said 10 ministries will be eliminated, but that is a symbolic measure that will save only 200 million reais. The reduction in public health and housing spending was a bitter pill for Rousseff who along with her leftist Workers' Party have resisted cuts to Brazil's social programs. The party's flagship conditional cash-transfer program for poor families called Bolsa Familia was not touched by the cuts.

The forecast of a 2016 budget gap cost Brazil its hard-won investment-grade rating from Standard & Poor's last week, and other credit agencies are expected to follow suit.

A downgrade by a second agency to speculative territory would require many foreign pension funds and other large investors to unload Brazilian bonds.

The downgrade appeared to strengthen Levy's position. He has been the government's face of austerity but his push for deeper spending cuts to improve Brazil's finances and avoid a loss of investment grade faced resistance in the cabinet and Congress.

Levy said the CPMF tax would be levied for at least four years and revenues would go to fund Brazil's pension system. He said the tax was temporary, a bridge to see Brazil through the fiscal crisis until bigger reforms can be made to the country's costly pension and social security systems.

"The big problem with today's fiscal package is that it hikes taxes in the short term and only promises future structural reforms," said Brazilian economist Mansueto Almeida.

The banking lobby Febraban backed the return of the CPMF tax, but said it should temporary and have decreasing rates.

Brazil's benchmark Bovespa stock index rose 1.9 percent on expectation of the cuts, the biggest daily gain in six sessions. The real currency, which fell to a 13-year low after Standard & Poor's downgrade, rallied 1.7 percent on media reports of the cuts to be announced, its largest single-day gain in more than a month.