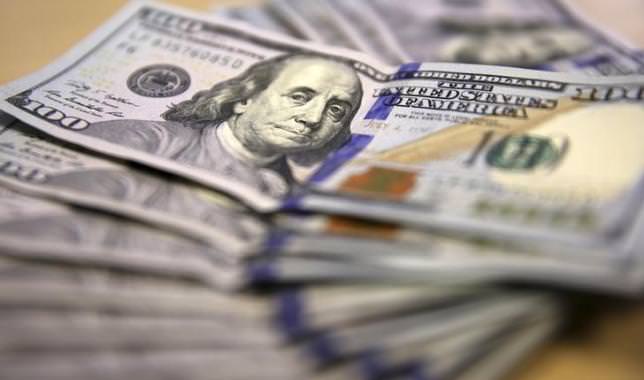 by Sep 17, 2015 12:00 am
World stocks inched to a three-week high on Thursday while the dollar drifted lower against other currencies, as investors consolidated positions ahead of a nail-biting U.S. Federal Reserve interest rate decision.

This happened as the euro crept back above $1.13 ahead of the most keenly watched policy decision in years by the Federal Reserve which is, on balance, expected to hold off from a rise in U.S. interest rates.

There was a sense of relief as much as anything that after months of market speculation and advice from almost everyone from the IMF to the heads of the world's top companies, that the wait for the Fed's verdict would be over by 1800 GMT.

Europe's main share markets were left at a virtual standstill with Britain's FTSE 100, Germany's DAX and France's CAC 40 all barely budged after two days of gains helped by a flurry of merger activity.

Currency and bond market moves were low key too.

The dollar was under mild pressure mostly from the euro after weak U.S. inflation data had underscored one of the arguments for the Fed to hold fire, while oil and some other key commodities gave back some of their recent gains.

"We think it is going to be a very close call (for the Fed)," said Stephen Chiu, a strategist at Mitsubishi UFJ Financial Group in Hong Kong.

"Communicating the future path of interest rates is very important and the Fed would be careful not to signal any excessive tightening given global markets are still very vulnerable."

The U.S. central bank's move is garnering such intense attention because it would be the first rise in its interest rates since 2006 and from the near zero they have been at since the height of global financial crisis in late 2008.

While the markets have expected it to hike for most of this year, those expectations have faded following a bout of global market turmoil over the last couple of months, especially in China.

Futures pricing suggests an only 1 in 4 chance that it will pull the trigger. The latest poll by Reuters on Wednesday also showed the majority of economists now expect no hike, although it remains an extremely close call.

Traders and analysts are divided on the likely impact of a variety of combinations of tones and decisions by the world's most influential central bank.

However, in the absence of a rate rise, only an extremely dovish message seems to hold much danger for the dollar.

"If they do hold off, you are probably going to see some kind of (downward) reaction," said Ian Stannard, head of European FX Strategy at Morgan Stanley in London.

"We see any volatility around the FOMC as a buying opportunity on the dollar. Even if they don't go now, they are in the process of preparing the ground to do so. On that basis, any kind of dip in the dollar could prove short-lived."

Analysis by French bank BNP Paribas shows that a steady erosion of bets for more appreciation since March has left positioning on the U.S. currency flat, meaning relatively few longer-term players will be forced to sell if the Fed does not deliver a rise.

Early attention in Europe focused on the Swiss National

Bank, which made no changes to official interest rates that are already deep in negative territory.

There had been some rumors of another cut by the bank and the franc inched higher after the SNB's statement. UK retail sales may also have an impact on sterling after a bullish labor market report on Wednesday.

With the Fed firmly in focus, market participants took in their stride Standard and Poor's downgrade of Japan's credit rating by one notch to A+ late on Wednesday. The cut brings its rating in line with those of rivals Moody's Investors Service and Fitch Ratings.

Investors also shrugged off data on Thursday that showed Japan's exports slowed for a second straight month in August, heightening fears that China's slowdown was increasing dragging on the global economy and reinforcing expectations that policymakers eventually would be forced to muster fresh stimulus steps.

"While the rates decision will be the initial focus, it may not be the decisive factor for markets," wrote Sean Callow, senior currency strategist at Westpac in Sydney, who says investors could also react to changes in the central bank's forecasts.

"We will also see quarterly projections of growth, unemployment, inflation and the funds rate. This should include upward revisions to GDP projections but a lower profile for interest rates," Callow said in a note to clients on Thursday.

Despite a late dip 2 percent in volatile Chinese stocks, MSCI's broadest index of Asia-Pacific shares outside Japan rose 0.6 percent to its highest level in three weeks.

Even if the Fed were to raise rates, many market players expect officials to signal a dovish stance on the pace of future increases, rather than herald a brisk series of increases.

There is also the comfort that both the European Central Bank and the Bank of Japan appear to be gearing up for fresh rounds of stimulus and rates are still being cut in many parts of the world.

Switzerland's central bank left its policy of negative interest rates unchanged on Thursday as it seeks to weaken a "significantly overvalued" Swiss franc. It also predicted a deeper-than-expected bout of deflation due to low oil prices.

The oil price slumped between April and August but has since steadied and it was holding on to sharp gains made on Wednesday in early European trading.

U.S. West Texas Intermediate (WTI) crude futures were last at $47.21 per barrel, while Brent had dipped back to just under $50 a barrel.

Gold prices also consolidated gains it had made on Wednesday at it hovered at $1,120 per ounce. Silver was also at its highest level in three weeks at $14.90 per ounce.

The yield on the U.S. two-year note held near a 4 1/2-year high at 0.803 percent. Even if the Fed doesn't pull the trigger later it is still expected to by the end of the year.

France plans to sell 7-8 billion euros of medium-term bonds, as well as 1.0-1.5 billion of inflation-linked debt. Spain is due to sell 4-5 billion of bonds maturing in up to 10 years.

"(The Fed meeting) could have a slightly dampening impact on demand and keep some investors sidelined," said KBC rate strategist Mathias van der Jeugt, who expects the Fed to hike rates but signal a very slow pace of future tightening.