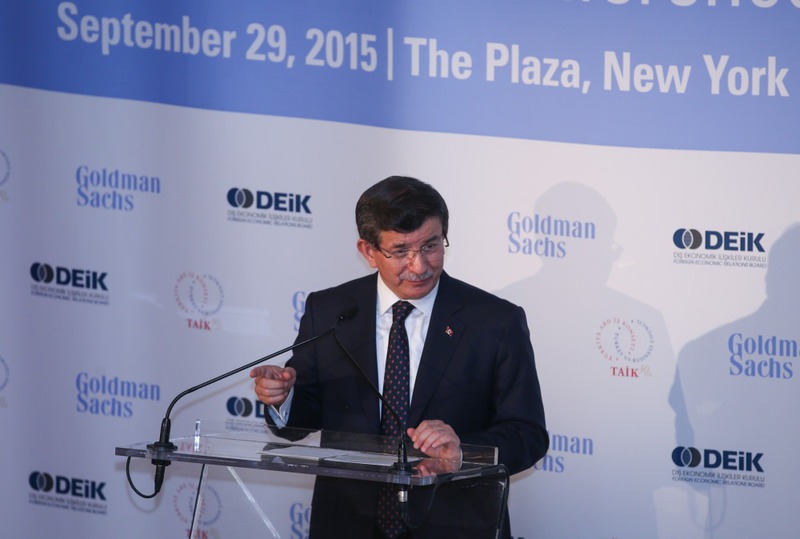 Interim Prime Minister and Justice and Development Party (AK Party) Chairman Ahmet Davutoğlu said the AK Party will focus on structural reforms to sustain economic development right after the general elections next month. Speaking at the seventh Turkey Investment Conference held in New York City on Tuesday evening, Davutoğlu said: "Right after the elections, we will focus on economic reforms. We will make reforms to ameliorate the societal structure so that we will have a better vision," referring to the fact that Turkey, surrounded by fragile countries, relies on its power that stems from its young population, democracy and geographic location.

Stressing that four elections were held within the last two years in Turkey, he claimed the elections in November will eventually terminate the uncertainty in the country. Moreover, after his return from New York to Turkey, he talked briefly about his election campaign program including his planned visits to 40 Anatolian cities - re-emphasizing the AK Party's full trust in democracy as the source of authority.

Davutoğlu also underscored that the economic outlook in Turkey will continue to be positive, highlighting that the banking sector in Turkey is well-structured, can easily cope with shocks and that this sector has almost no risks. He also emphasized that for exports to increase, it is important to increase the variety of export products and markets, claiming Turkey is already taking successful strides in this area. He reiterated his full confidence in Turkey's economic performance against any kinds of shifts in the global economy and aims for national economic growth of 5 or 6 percent. He reiterated that politicians' primary duties are to administer the country, minimize risks and make the economy and national policy ready for any kind of possible shocks, and also stressed the importance of enacting long-term structural reforms for the maintenance of sustainable economic growth.

According to information shared by Sabah daily and in line with Davutoğlu's remarks, there are no notable changes and updates particularly in the economic part of the post-elections agenda for the November elections. Some of the most noteworthy steps planned include increasing female employment, further protection provided for the users and savers of funds in financial sectors, more reforms in incentives for investments to consolidate internal markets and many other ameliorating and concrete reforms, including with social security and living standards.
RELATED TOPICS