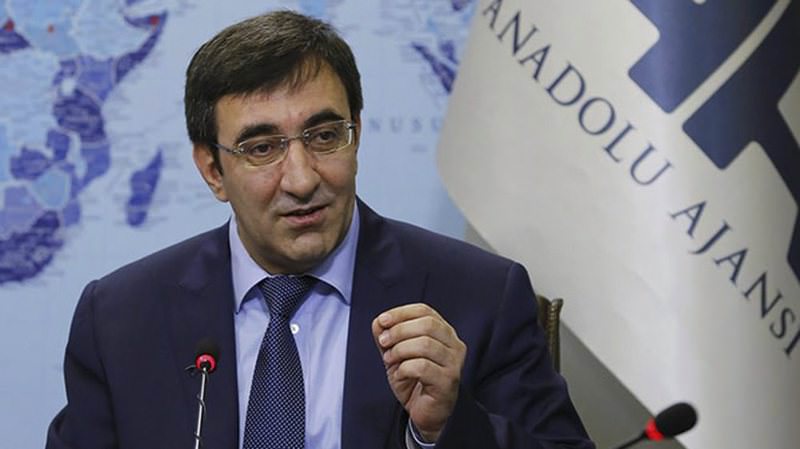 by Anadolu Agency Oct 01, 2015 12:00 am
Deputy Prime Minister Cevdet Yılmaz said yesterday that the effect of an interest rate rise by the U.S. Federal Reserve (Fed) will roil markets, but it should not be overrated since the market has already been priced out by the markets. Speaking to Anadolu Agency during his visit to New York, Yılmaz said that the world economy has been affected by the possibility of a Fed rate hike, the ongoing slowdown in the Chinese economy and weak commodity prices. "But the Fed's intention to hike rates has been on the agenda for a long time. And it has already rattled the markets substantially. When the decision is made, it will surely roil markets, but the effect should not be overrated," Yılmaz said. "The Fed's plan to normalize interest rates would be implemented step-by-step," he added.

The Fed is set to decide whether to increase interest rates for the first time since 2006, as Federal Reserve Governor Janet Yellen said in a speech on Sept. 22 that a rate hike would take place this year. There is concern among investors that a rate hike will spur an outflow of funds from emerging markets, as it did in January 2014.

The Turkish lira's fall against major currencies should not alarm anyone, Yılmaz said. Turkey's large current account deficit makes it vulnerable to risks and fluctuations in global markets, Yılmaz said. "Our central bank is following these things closely and taking measures in order to prevent extreme fluctuations," he added.

The year-end current account deficit is forecast to be $38.57 billion, down from the 2014 year-end figure of $45.8 billion. Yılmaz noted that, despite the weak global environment, conflicts in neighboring countries and terror incidents, Turkey has grown 3.1 percent in the first six months of the year. "We predict that the economy will continue growing by around 3 percent to the end of the year," Yılmaz said. Yılmaz said that he hoped the elections in November would consolidate political stability. "Then, with an atmosphere of trust, we will experience a different period in terms of investment and in other productive fields," Yılmaz said.
RELATED TOPICS