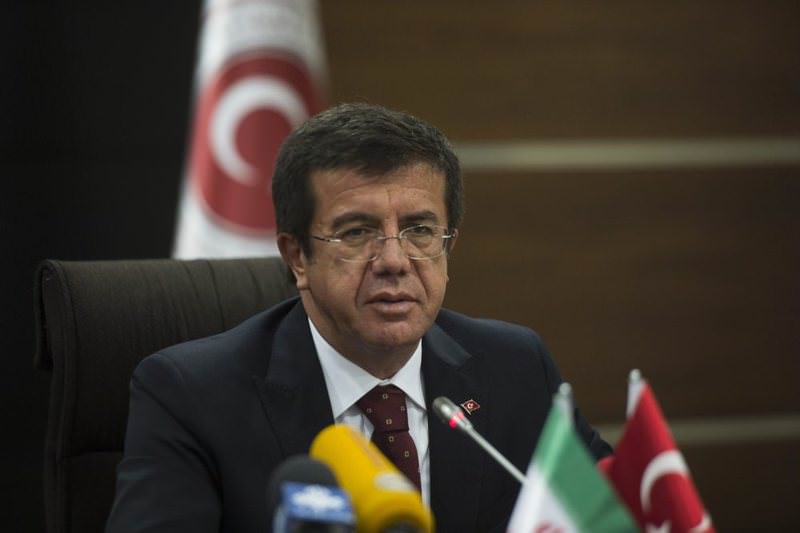 Speaking at the opening of the G20 Organisation for Economic Co-operation and Development (OECD) Global Forum on International Investment, Interim Economy Minister Nihat Zeybekci underscored that countries that are party to the regional mega agreements should be taking precautions in order to prevent the marginalization of underdeveloped and developing countries that are not party to such agreements. He also expressed his satisfaction with hosting the forum with the cooperation of the OECD.

He stressed that new production methods, small and medium-size enterprises (SMEs), global value chains and regional mega agreements and similar rising trends in the global economy is also creating new obstacles that require new solutions. "Liberal policies which are comprehensive of all actors in order for the service sector to achieve its full potential need to be determined and applied," Zeybekci added.

Reminding that in the first forum organized in 2006 under the theme "Improving Investment Conditions: Infrastructure as an Example," the meeting was productive in terms of improving the volume of trade and investment and creating a better global economic environment, Zeybekci highlighted the importance of holding the forum simultaneously with the G20 Trade Ministers Meeting.

Zeybekci also said during the Presidency of Turkey for the G20, investments are one of the three priority areas along with comprehensiveness and implementation. He added Turkey deems investments as the driving force behind growth and development as well as the cornerstone for employment, welfare and renovation. "Both capital exporter and importer countries are highly aware of the power investments hold in terms of economic transformations. In order to achieve sustainable growth, investments are required and increasing investments is still the priority policy of various countries," Zeybekci said.

While the global economy was in a much better state when the first Global Investment Forum was held in 2006, Zeybekci stressed that the 2008-2009 global economic and financial crisis caused sharp falls in the international direct investments of developing countries. He also underlined that despite the relative recovery, international direct investments are still 40 percent lower than before the crisis.

He also said in these volatile and uncertain times, instead of repeating the previous policies, new economy policies that will support sustainable recovery and revive investments are required. Underlining that the macro targets of all economies is growth, the driving force behind growth is investment and the source of investment is savings, Zeybekci said companies should be introduced to capital market instruments and be trained on how to efficiently use these tools, especially in developing countries.

Zeybekci emphasized that Turkey will continue to negotiate and sign the regional mega agreements and he also underscored Turkey's demand to be involved in the Transatlantic Trade and Investment Partnership Agreement (TTIP).

Stressing that the service sector is becoming more important in the global economy due to the changing dynamics of trade and investment, Zeybekci said the restrictions imposed on the service trade is more strict than the restrictions on the manufacturing sector in both developed and developing countries.