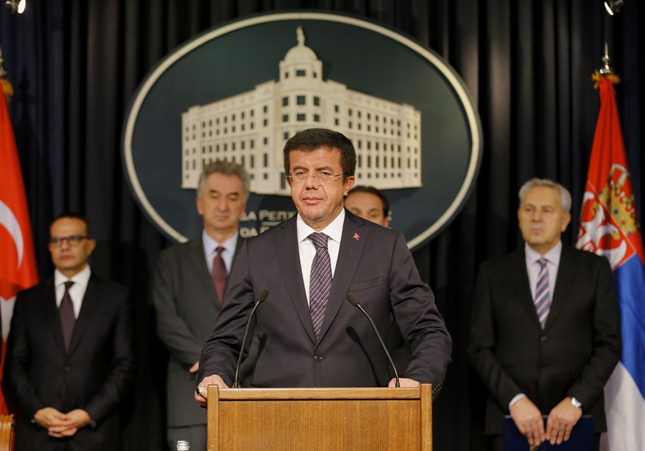 "If Turkey, Serbia and Bosnia unite with a free trade agreement, it can become the most comprehensive and liberal agreement in the region," said Zeybekçi.

Turkey, Serbia and Bosnia-Herzegovina signed a Medium Term (2016-2018) Program and Action Plan in the Serbian capital Belgrade on Monday.

According to the deal signed Monday, a council of representatives from the three countries will be established and they will hold meetings every month to discuss further economic cooperation.

"We believe that the trade volume of Turkey and Serbia will reach a record number in this year, in effect $1 billion," said Ljajic.
Last Update: Oct 19, 2015 5:38 pm