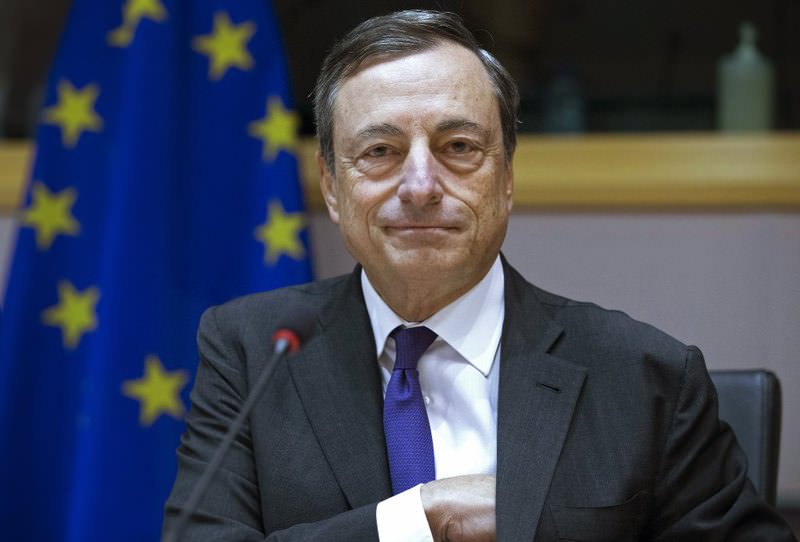 by Oct 19, 2015 12:00 am
Falling prices in the Eurozone are putting pressure on the European Central Bank to prevent the single currency area from slipping into a dangerous downward spiral of deflation.

But many ECB watchers say they do not expect the guardian of the euro to take any action just yet when its decision-making governing council convenes in Malta this coming week.

Consumer prices in the Eurozone slipped by 0.1 percent in September, according to data published by Eurostat.

That "heaps pressure on the ECB to step up its stimulative action at its meeting" on Thursday, said IHS Global Insight analyst Howard Archer.

With area-wide interest rates currently at what ECB chief Mario Draghi perceives to be their lower end, any additional easing action would likely take the form of an extension of the central bank's bond purchase program, known as quantitative easing or QE, the expert said.

"But it looks most likely that the ECB will hold fire on more QE, as a number of governing council members appear to be in 'wait and see' mood," Archer said.

A number of top ECB policymakers, including Draghi himself, have recently insisted it is too early to judge whether further action is needed. By December the ECB will have compiled its own new staff forecasts, which could well bolster the case for creating a new stimulus package.

"Recent comments from governing council members suggest that the ECB may not be ready to increase its policy support when it meets" in Malta, said Jennifer McKeown of Capital Economics.

But Draghi would likely reiterate concerns about the inflation outlook and risks from emerging markets, stressing again that the ECB was ready to do more if needed.

"We still see it announcing a pick-up in the pace of its asset purchases before long, if not at this meeting then perhaps following the December meeting," McKeown said.

QE is an ambitious scheme, launched in March, to buy more than one trillion euros worth of public sector bonds to pump liquidity into the system at a rate of 60 billion euros per month until September 2016.

While falling prices might appear to be good for consumers, they can be poisonous to the economy, because they may persuade consumers to delay purchases in the hope of lower prices, in turn prompting companies to hold off investment and hiring.

The ECB calculates that inflation rates just under 2.0 percent are conducive to healthy economic growth.

Draghi has repeatedly said that the ECB would be ready to take further stimulative action if necessary.

And analysts believe that such action could take the form of an extension of the QE program beyond September 2016, or an acceleration or increase in the total amount of bonds purchased.

But executive board member Benoit Coeure recently said it was too early to speculate about such a move, pointing out that only a third of the current QE program had been executed so far. And with the beneficial effects of a range of other policy measures -- unprecedented amounts of liquidity and historically low interest rates -- still only gradually making themselves felt, it was "premature to discuss" a new QE program, Coeure said. Nevertheless, "it is certainly our duty to be prepared to cope with all kinds of contingencies," he added.

The head of the Austrian central bank, Ewald Nowotny, said the ECB was "clearly" missing its inflation target. While acknowledging that sharp falls in commodity and oil prices were the main cause, "core inflation rates are clearly below our target," Nowotny said. Commerzbank economist Michael Schubert said he did not expect Draghi to announce any new measures on Thursday.

But he was "likely to stress the central bank's readiness to adjust the duration, volume and structure of the QE purchase program if need be." Hard economic data "also suggests adhering to a wait-and-see stance for now," the economist argued.

The governing council should have the latest results of the ECB's Survey of Professional Forecasters (SPF) at the meeting, even if the data would probably only be officially released a day later, he said. In the last survey, the SPF suggested that the likelihood of the ECB falling short of its target in the long term had risen somewhat, Schubert said.

"Should it climb further ... this would support our expectation that the ECB will decide to increase the volume of asset purchases in December," he concluded.
Last Update: Oct 19, 2015 1:08 am
RELATED TOPICS