Turkey's unemployment rises by 0.3 points and reaches double digits with 10.1 percent in August 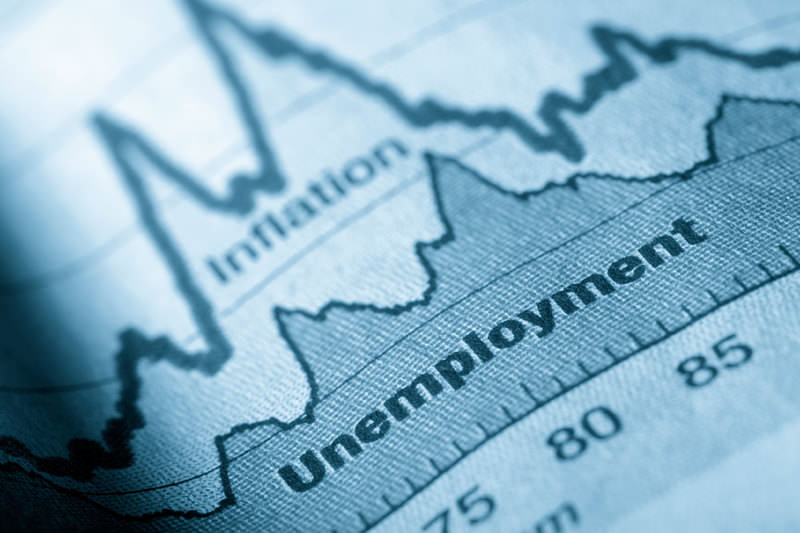 by daily sabah
Nov 16, 2015 12:00 am
The unemployment rate was announced as 10.1 percent in August, increasing from 9.8 percent in July, according to Turkish Statistical Institute (TurkStat) data released yesterday. The number of unemployed individuals over the age of 15 increased from 2.97 million to 3.05 million in the same period, and increased by 114,000 compared to the same month of the previous year. Over the 12-month period, the unemployment rate increased 0.5 percent. Additionally, nonagricultural unemployment was 12.4 percent with an increase of 0.1 percent since August 2014.

Youth unemployment, which includes those between the ages of 15 and 24, decreased 0.6 points to 18.3 percent. The number of employed individuals over the age of 15 increased by 837,000 over the 12-month period and reached 27.15 million. Moreover, the employment rate increased 0.7 percent to reach 46.8 percent, while the rate of unregistered employment decreased by 1.3 points to 35.1 percent.

Unemployment in Turkey is still under the average unemployment rate of the 19 member eurozone. According to data released by Eurostat, the statistical office of the European Union, the eurozone's seasonally adjusted unemployment rate was 10.9 percent in August, without any change compared to June.

Among member states, the lowest unemployment rates in August were recorded in Iceland at 4.3 percent, Germany at 4.5 percent and Norway at 4.6 percent, and the highest was Spain at 21.8 percent in August and Greece with 25 percent in July.

Turkey's agricultural and non-agricultural employment increased by 202,000 and 636,000, respectively, while the services sector was the driving field in terms of employment with 51 percent of newly hired people working in this sector, followed by agriculture with 22.2 percent, industry with 19.3 percent and construction with 7.5 percent.