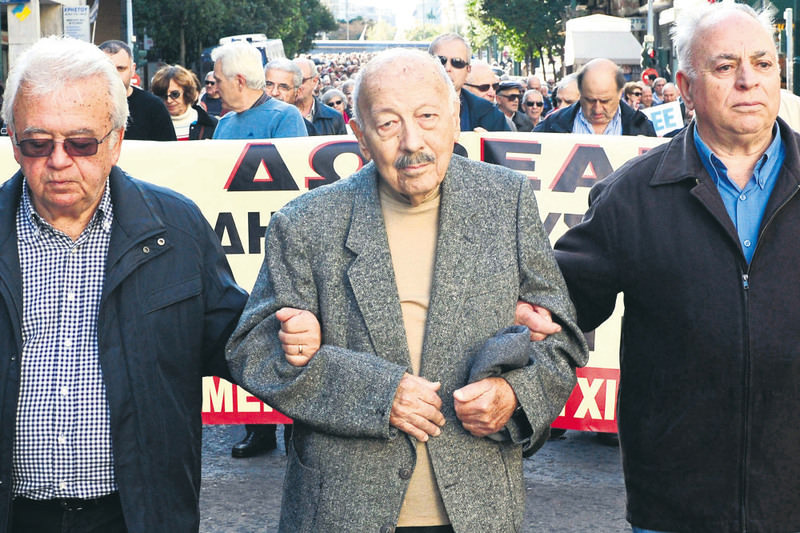 by Dec 01, 2015 12:00 am
Greece aims to achieve a deal on debt relief with its eurozone creditors in February to remove financial uncertainty and spur economic recovery, Finance Minister Euclid Tsakalotos said Monday.

Addressing a conference of investors, the leftist minister said making the ailing euro zone country's debt sustainable was the key to liberating the economy and restoring confidence among depositors and companies. "If we don't make the critical decision in let's say February 2016, and we push the critical decision back to next summer or even 2017, then all the results will be delayed," Tsakalotos told the American-Hellenic Chamber of Commerce. Savers would not return their deposits to Greek banks, banks would not resume lending to businesses and investors would delay decisions to invest if the spectre of a possible Greek exit from the single currency area were not removed.

Eurozone leaders agreed with Prime Minister Alexis Tsipras in July that they would consider additional debt relief for Greece once it concluded a successful first review on the country's third bailout programme. Tsakalotos warned creditor countries against "kicking the can down the road" again, saying that failing to provide a clear pathway for Greece would also leave uncertainty hanging over the whole euro zone. He said Athens was taking all measures required to complete a successful first review of its programme in December and open negotiations on debt relief. He did not spell out Greece's expectations for debt relief but Athens has accepted that there will not be an outright write-down or "haircut" on loans by euro zone partners, which is anathema to top creditor Germany and its northern allies.

It is likely to take the form of extensions of loan maturities, already an average of 32.5 years, and a much longer grace period before debt relief payments fall due. However, he said the government aimed to conclude the recapitalisation of Greek banks, a successful first review of the adjustment programme and the debt relief negotiation all before it announces a plan next March to promote growth. Greece's sovereign debt is projected to reach 187.8 percent of gross domestic product in 2016 from 180.2 percent this year. The International Monetary Fund has said the debt is clearly unsustainable in the medium-term and has said Greece needs debt relief beyond anything the euro zone has so far been willing to contemplate.