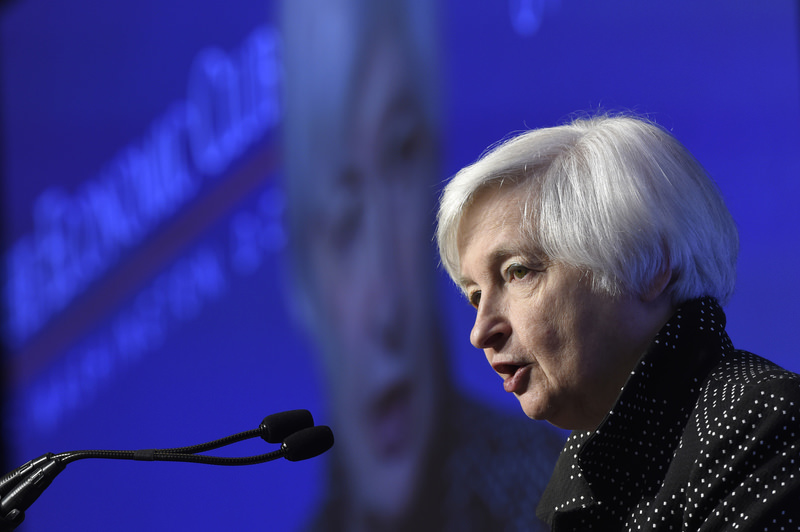 by Compiled from Wire Services Dec 02, 2015 12:00 am
Federal Reserve Chair Janet Yellen indicates that the U.S. economy is on track for an interest rate hike this month, but the Fed will need to review incoming data before making a final decision.

Yellen says the economy's progress since its last meeting in October is in line with the Fed's expectations that the labor market and inflation will keep improving.

But she adds that policymakers need to be more cautious in deciding when to start raising rates, given that it doesn't have much room to cut them if the economy begins to falter.

Yellen's comments came in a speech to the Economic Club of Washington. Markets were watching carefully for any details on what would be the Fed's first rate increase in nine years.

The U.S. dollar index extended gains after Yellen's remarks to a high of 100.51, its highest level since March 2003.

European stocks pared gains late but managed to hold near a 3-1/2-month high and the euro hit a 7-1/2-month low in the wake of Yellen's comments and on expectations the European Central Bank will engage in more stimulus after its meeting on Thursday.