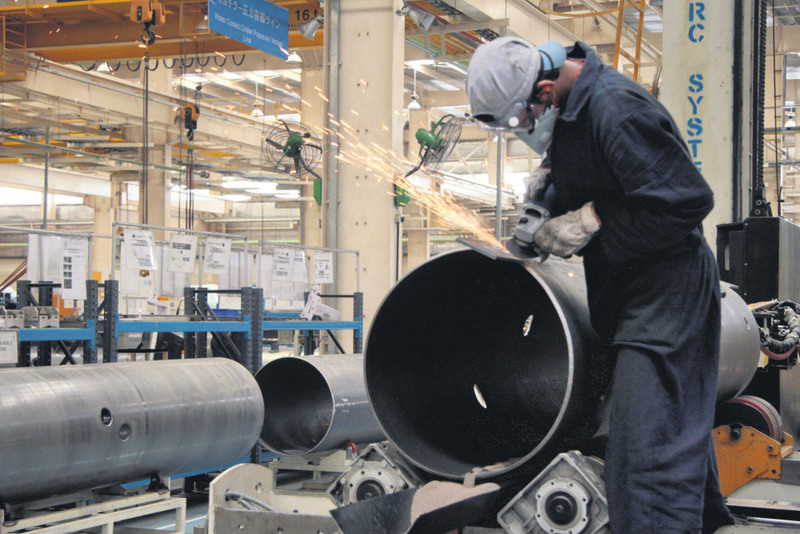 by İbrahım Acar Dec 02, 2015 12:00 am
Discussions on the minimum wage commenced today with the first meeting of the Minimum Wage Determination Commission. The Justice and Development Party's (AK Party) decision to fulfill its election promise by increasing the minimum wage from TL 1,000 ($346) to TL 1,300 per month comes after the party won enough seats in the Nov. 1 elections to form a single-party government. However, this move is worrisome for business owners concerned about rising costs. An increase to the minimum wage will mean an additional financial burden of TL 30 billion for employers.

The minimum wage is currently determined by the Minimum Wage Commission, which is made up of representatives from the government and unions representing the employer and employee, respectively. The government acts as a mediator between workers and their employers, since the private sector is the one who pays the minimum wage.

Amidst plans to raise the minimum wage to TL 1,300 effective Jan. 1, private companies will be suffering an additional burden and while there aren't any laws passed, the government is working on ensuring that this burden is shared by both state and private enterprises.

The Industrialists and Businessmen's Association (MÜSİAD), consisting mostly of small and medium-sized enterprises (SMEs), is preparing a report to submit to the office of the prime minister. MÜSİAD Chairman Nail Olpak said that TL 24 billion out of the current TL 30 billion burden will be paid by SMEs, while large-scale companies can easily afford the other 20 percent.

MÜSİAD's report titled, "Expectations from the Government," details the burden SMEs will suffer once the minimum wage is increased to TL 1,300. According to the information provided by Olpak, 360,000 out of 14 million workers are employed by public institutions and 40 percent of the remaining 13.6 million workers earn minimum wage. By increasing the minimum wage to TL 1,300, the cost of an employee for employers will become TL 456.3; totaling TL 30 billion. 80 percent of this amount will be covered by SMEs and 20 percent by large-scale enterprises. Olpak said that the problem can only be resolved if 20 percent of this 30 percent increase is shared between public and private institutions. "The share to be covered by the government can be covered through the Unemployment Insurance Fund," said Olpak.

Olpak added that the report highlighted other problems and that they are offering various suggestions regarding the issues; from the cancellation of severance pay to the increase in savings. In addition, Law No. 657 which regulates employee rights and benefits should be changed as it is necessary to switch to a performance-based system in the public sector. "Regulations regarding public officers should be updated. It would be beneficial for bureaucrats to be assigned according to their merit in service and regulatory arrangements should be in place to ensure promotions are based on performance," added Olpak.

Science, Industry and Technology Minister Fikri Işık said that the government will try to assume most of the burden the increase in minimum wage will impose on employers. Işık said that they have carried out comprehensive research and that, since the end of 2014, 3.5 million people have been employed in the manufacturing industry; out of which around 1 million earn the minimum wage, accounting for about 28 percent of the total number of workers in the manufacturing industry. "Even if the whole burden is imposed on employers, the profitability before taxes does not fall below 3.5 percent; the loss in profits before taxes will be a maximum of 20 percent," added Işık. He said that the government is working on new regulations regarding labor-intensive sectors and will take the necessary precautions in order to prevent any negative effects the rise in the minimum wage may cause in unemployment and sectors' competitive power.
RELATED TOPICS