Russian inflation to go up while lowering inflation in Turkey 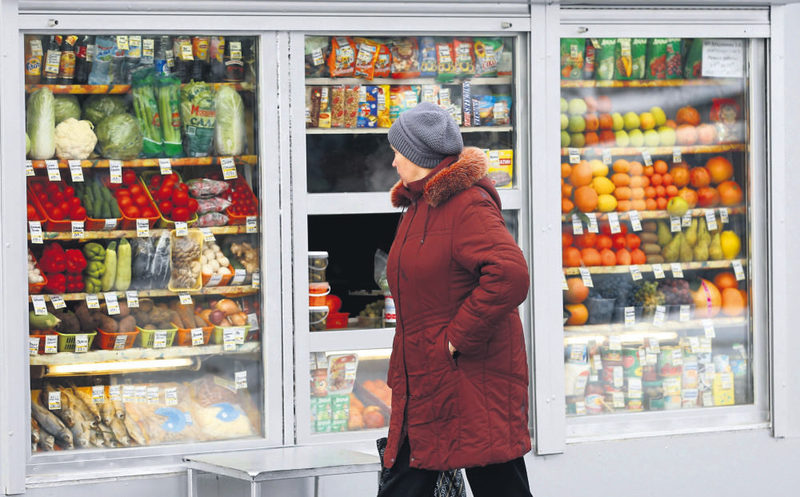 by Daily Sabah Dec 05, 2015 12:00 am
The sanctions imposed on the importation of Turkish goods by Russia are expected to bring down inflation, which was announced to be above expectations in November. As the sales of fruits and vegetables, which were planned to be sold to Russia, were directed at the domestic markets, the increase in supply showed itself with a decrease in prices. For example, the price of tomatoes, which experienced the highest increase in November by 40.75 percent, has been declining since Nov. 27 from TL 1.8 to TL 1.5. The president of the Antalya Chamber of Commerce and Industry, Davut Çetin, said that the price of tomatoes has declined to a five-year low. In line with these, economists said that the continuing decline in food prices could result in lowering the inflation rate by 0.5 points in annual terms.

On the other hand, Turkey's inflation hit an 11-month high as prices increased 8.10 percent in November compared to the same month of the previous year, while the monthly increase exceeded expectations at 0.67 percent, according to data released by the Turkish Statistical Institute (TurkStat) on Thursday. Prices have increased by 8.58 percent since last December, and have increased by 7.61 percent on a 12-month moving average basis. The highest monthly price increase was in the clothing and footwear category with 5.37 percent, followed by the food and non-alcoholic beverages category with 1 percent, furnishings and household equipment with 0.66 percent, housing with 0.54 percent and communications with 0.35 percent.

Food products have the highest share with 24.25 percent in the inflation basket. Also, the weight of the food products exported to Russia is about 3 percent. This contributes further to bringing down the inflation expectations. The president of TÜMESKOM, a union for frozen food, Burhan Er, said that the crisis between Turkey and Russia has negatively affected the fruit and vegetable sector. TÜMESKOM reports that the price of vegetables and fruit has decreased by about 30 percent within the past few days.

Meanwhile, the Central Bank of Russia has announced that sanctions on Turkey will increase inflation in the country between 0.2 and 0.4 points by the beginning of the year and in the first few months of 2016.
RELATED TOPICS